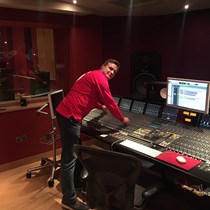 Weʼve raised £6,934 to Build a school in Nepal. We have seen for our own eyes what these children are going through and desperately want to help. Please help us x

WE AIM TO HELP THESE CHILDREN

Deepshika school is in a small village near Banapa Nepal. It is shacks that are falling down and very dangerous. 135 children attend these shacks everyday and they call it their school. We aim to take down these shacks and give these children a brick built school which will be safer and give them a chance of a better life. These children deserve a future, and education will give them a chance they deserve to lead a normal life. 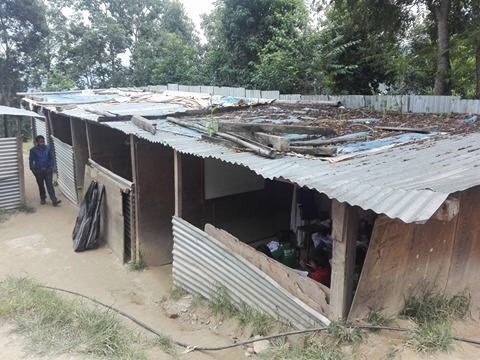 EVERY PENNY COLLECTED GOES TO THE SCHOOL

We are so committed to helping these children that we flew across the world to see the school for ourselves. We viewed the plans and worked out how much funds are required in achieving the build. The confirmed cost to build the school is £25,000. The bricks are already in production and we made some bricks while we were there. We can guarantee that every penny goes towards the school as we have seen it for ourselves. It was quite a shocking experience to see how these children are trying to learn in such hideous conditions. These children need your help NOW. Please help. 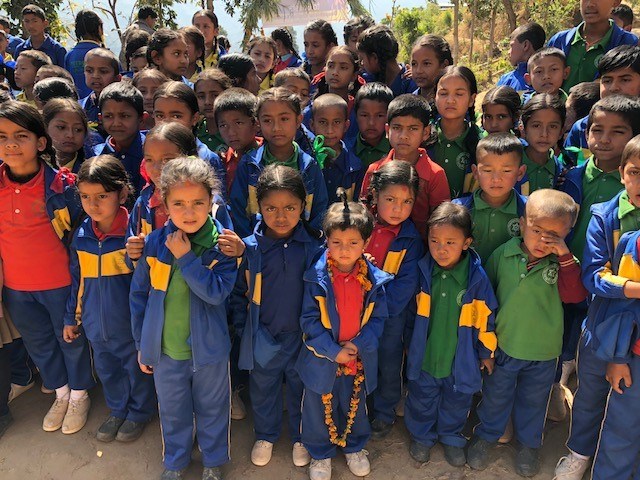 Our commitment is to raise these funds however we can. we are holding RACE NIGHTS hoping to raise a few hundred pounds towards our campaign. We have also recorded a song for the WORLD CUP 2018 in hope the sales will contribute to the fund. Our trip to Nepal was paid for by us so we could see the school and confirm the amount required to build the school. The amount required is £25,000. Any money raised over our campaign will be given to Charitys also needing our help. If you would like to raise a sponsor event to raise money with us please contact us on mail@thelockerz.co.uk 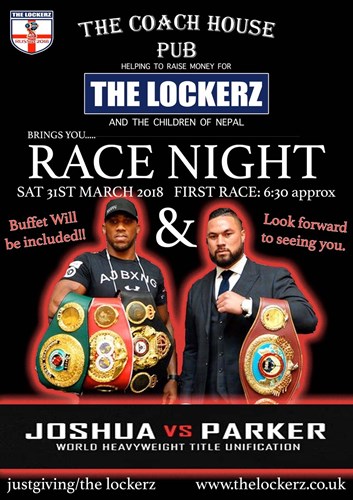 OUR VISIT TO NEPAL 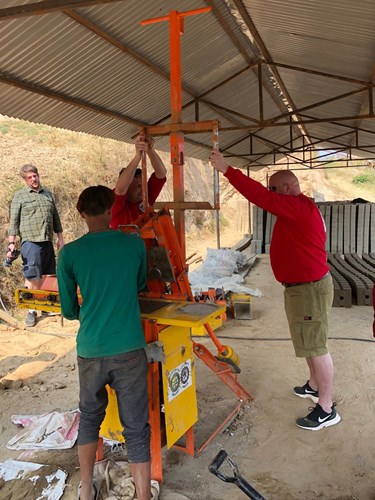 Scottie and Yozza making bricks for the school. 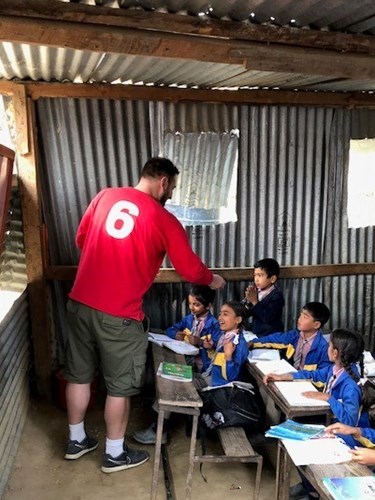 Bromers giving the children a pencil 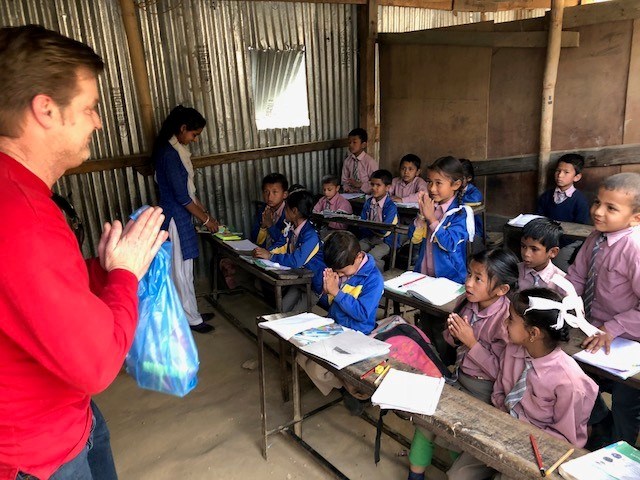 CJ Giving the children a lesson.

We have cut a limited amount of cds that have been signed by celebrities supporting our campaign. These cds are given to children in the UK nominated by you. Here are a few celebrities you may know. 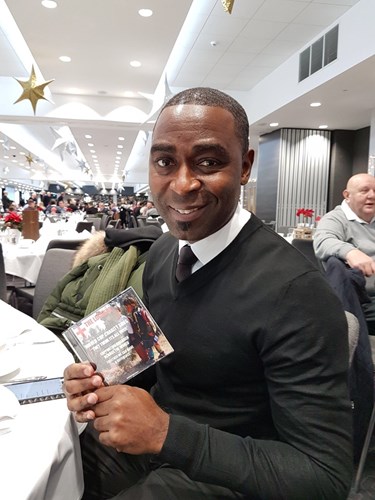 Andy Cole. Supporting our song. Andy played professional football for a few top clubs but is most remembered for playing for club Manchester United. He also played for Bristol City 1992-1993 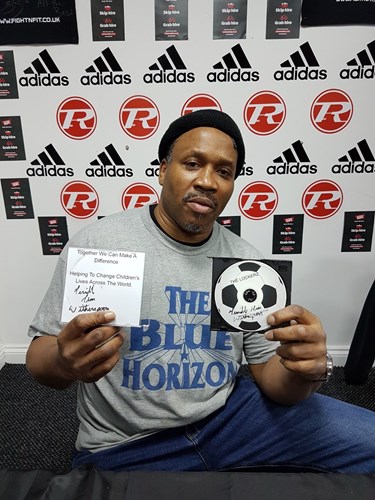 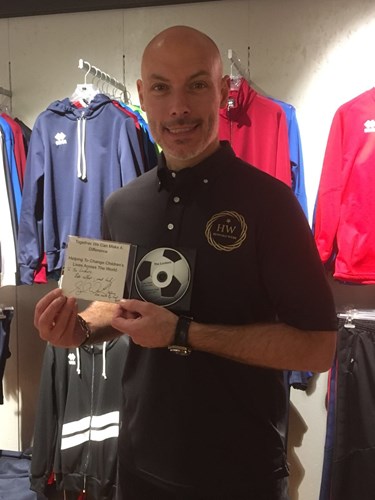 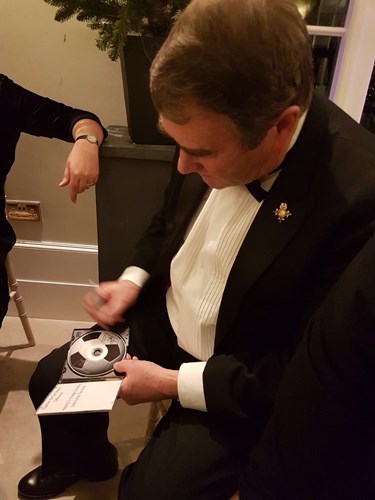 Nigel Mansell supports our song. Nigel Mansell CBE is a former racing driver who won both the Formula One World Championship and the CART indy car World Series. (LEGEND) 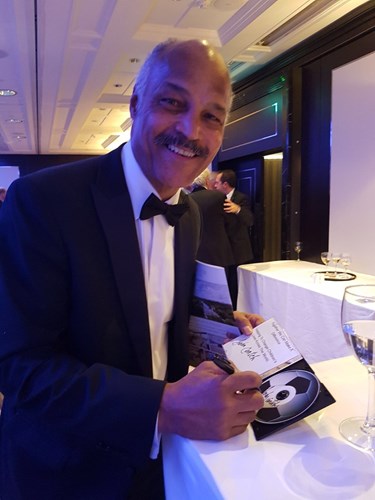 John Conte supports our song. John Conte MBE is a former professinal boxer who competed from 1971 to 1980. He held multiple Light-heavyweight championships, including the WBC title from 1974 to 1978; and the European, British, and Commonwealth titles between 1973 and 1974.(LEGEND) 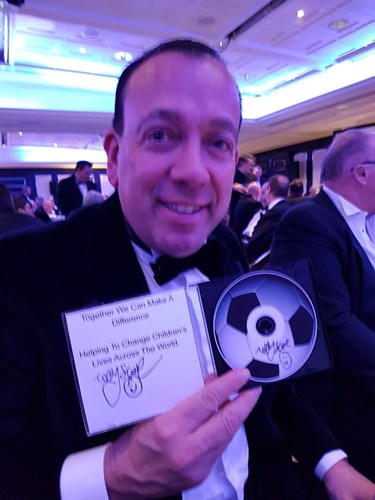 Terry Stone supports our song. Terry stone Actor/Producer. Terry appeared in Rise Of The Footsoldier 3 and Once Upon A Time In London (2017). Previously he has appeared in many films and tv soaps EastEnders back in 2003.

THE MAKING OF THE SONG 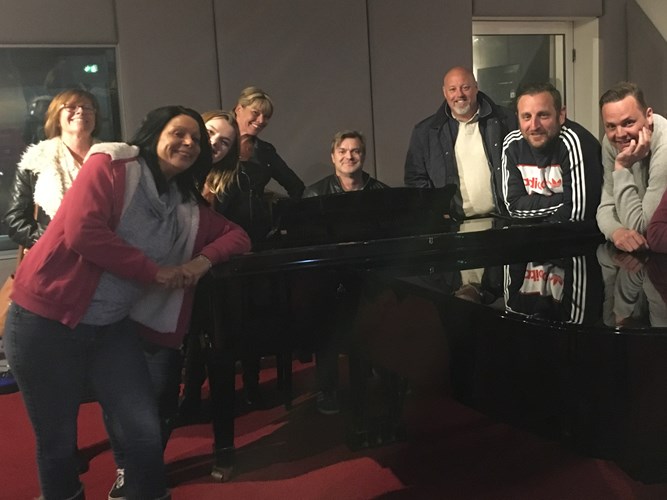 It all started 15 months ago at Honeywell Studios.... CJ had a melody concept in his head and it needed unlocking. With his creative team: Sound engineer Jason Honeywell and Musician/Artist Gemma Watkins , the team were able to co create and translate those ideas into the song you now know to be "They think its all over" that was later to be fully produced. The first recording was in Ireland at Windmill Recording Studios where we were kindly donated a day recording for free (Thank you Tony) Various artists had previously recorded here including U2 and it was an amazing experience for all of us. We had written the song several months before however it needed to be recorded to hear what it would sound like. This gave us a great starting platform for the song. From there we went to Real World Studios to record our second attempt at the song which was funded by ourselves. After a few alterations and the adding of MC MOTION the Lockerz was formed. Everyone has shown great commitment to make this song happen for this campaign. view The Locketts Pre-Release video 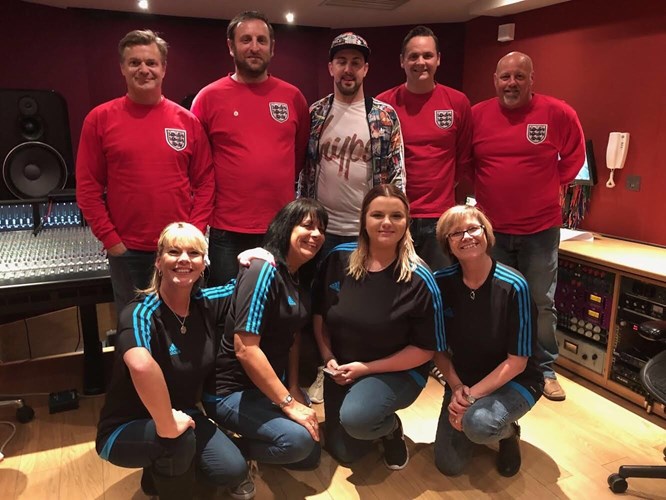 THE LOCKERZ ABOVE ( At MODERN WORLD STUDIOS ) with MC MOTION.

WHY IT MEANS SO MUCH. All funds raised from our campaign will build a new school for many children and also provide them with new furniture. The build will be carried out by local trades in Nepal so that the money remains within the community of Nepal. All the proceeds from our WORLD CUP 2018 SONG released on APRIL 2ND will also go towards this great appeal and hopefully together we can all make a difference (MAD). The song has taken one year to put together and has been totally funded by ourselves. We are so proud to be helping those who need it. 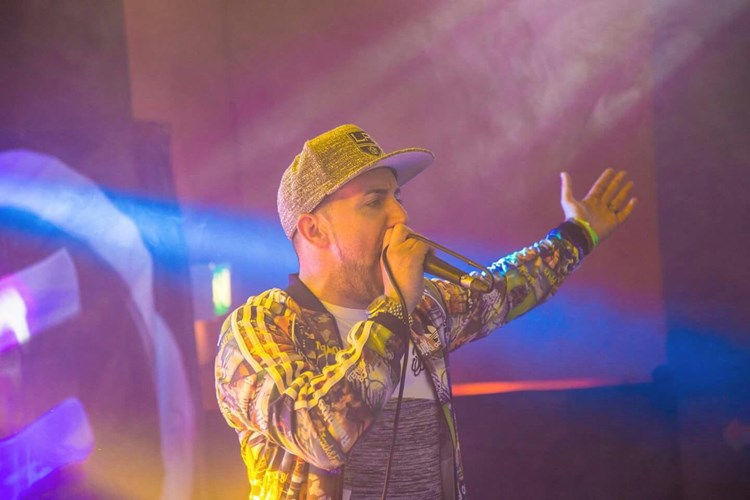 Above picture is MC MOTION. We wanted to make the song modern and fun for everyone so we asked MC MOTION if he would rap a section within the song relating to a child's dream of one day playing in the World Cup. MC MOTION took our song to another dimension and brought a great vibe to the song. Well done MC MOTION and Thank you.

A Special thank you to all the celebrities that have signed our CD's. To view more celebrity signings of our song "THEY THINK ITS ALL OVER" VISIT our website Below.

The Lockerz supporting children across the world. MAKE A DIFFERENCE. www.thelockerz.co.uk. www.facebook.com/thelockerz/