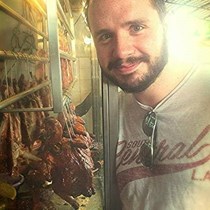 On the 29th of July, the 5th & 9th of August, 3 deadly earthquakes struck Lombok.

I started this page to raise money for those affected by the first earthquake. I started with a target of £1000, enough (I thought) to support a significant number of victims over a prolonged period. Giving them help to survive the next 6 months while they rebuilt their homes and their lives.

We passed that target even before the second, much larger, earthquake devastated north Lombok. From 17 dead & hundreds made homeless, we now have over 400 dead & over 400,000 homeless. The scale is daunting.

As I write this, we have over three times the amount I was initially looking for. People from all over the world, from all walks of life, have been reaching out and giving what they can to help the people here.

As with my target, my plans on how to help have also changed. The need for food & clean water, while still pressing, is being taken care of by the countless organisations and individuals delivering aid every day to those worst affected. With each new tragedy it became apparent that immediate survival doesn't necessarily mean long term survival.

I now believe that the money raised here is best served providing shelter in the short term. Rainy season is just a couple of short months away and 400,000 people are living in fields.

I also hope to safeguard the long term future of the victims through education and cooperative businesses, but plans for these are still forming. Schools and businesses were destroyed along with homes, once we have people under a roof again, we need to start giving them back a way of life and a future.

The need for donations is as urgent as ever. Please share this page amongst your friends & colleagues and donate if you can spare it. Hopefully we can reach the new target and really make a difference.

Thank you to each & every person who has donated so far. You have already helped so much & brought help and relief to many.

I have lived and worked in Lombok for a year and a half already. This place is paradise on earth, but now a paradise in need of help. Lombok is my home, its people are my people, and I have set up this page to help my people rebuild their lives.