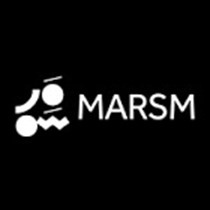 Lebanon stands shaken, devastated and stripped. Besides facing a collapsing economy and a deadly pandemic, Beirut has been hit by an apocalyptic explosion that has left the city and her people at the brink of collapse. With current fears of humanitarian disaster, a city which has gone through so much, is facing its most profound challenge. It is of utmost urgency that frontline medical and emergency staff receive international support to carry out life-saving services to the people of Beirut.

24% to Haven for Artists, a Beirut based NGO that endorses, encourages and exposes the modern underground art scene of Lebanon and the Middle East, while distributing direct help on the ground.

24% to Tunefork Studios, a specialized sound and music workspace that helped shape the Lebanese experimental, alternative and contemporary music scenes since 2006 and works directly with artists whose studios, equipment and tools have been destroyed in the blast.

Donations to the Red Cross will be made through their donation page on their website. Haven and Tunefork donations will be sent through bank transfers to each organization’s donations team who will be able to withdraw the money to support their ongoing relief efforts on the ground.

Thanks to each and every one of you who helped by donating, attending and spreading the word.

WHO WE ARE: This crowdfunder has been organised by key actors from the UK’s events and festival scene who have all been profoundly influenced by Beirut and see the urgent need to mobilise for emergency relief. All donations will be processed and held by Marsm UK and transferred directly to relief organisation in Lebanon.

Promoting the rich and diverse culture of the Arab world in the UK, MARSM is a London-based concert producer and organiser for alternative and underground Arabic music events in the UK. www.marsm.co.uk