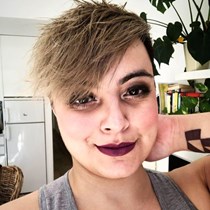 The London Bi Pandas are a queer activist and LGBTQIA+ meet up group. We believe that we should be making the world a better and a more queer inclusive space.

The Bi Pandas are a collection of bi+ activists and bi+ people who meet together every month, and work on different campaigns together. We believe in queer people bonding over more than just their sexuality - but also their values and passions.

The Bi Pandas are standing up and taking radical and direct action for what we believe in: bi visibility, trans rights, #NoPrideInWar, supporting marginalised intersectionalities and tackling white supremacy, dismantling homophobia and transphobia, and supporting sex workers with decriminalisation.

We believe in inclusive rioting - where we try to create access to direct action for all groups, especially for those from marginalised communities. So Bi+ people of colour can safely participate online without getting into street scuffles with the police, so people with disabilities can participate in other ways.

We have just been given our full allocation to have a float at this year's Pride in London and we are fundraising to make that float happen! Our float theme is #PrideIsAProtest, and we stand against the corporate pink washing of Pride. This year is the 50th anniversary of the Stonewall Riots, and although things have improved for queer people - we know that with the rise of the alt right, with the rise of homophobia and transphobia, with the rise of far right extremism that we can't just have another party without acknowledging how far we still have to go.

We are the only Bi+/Pan float in Pride this year and we need your help!

We want to create a float this year that brings Bisexuality back into the forefront. Bi folks have been part of the LGBTQIA+ movement since the start, and we're still here fighting for ourselves and our queer and trans friends.

We want to create a float this year, that reminds is that PRIDE IS A PROTEST. We want to embrace and acknowledge all the queer battles we're still fighting, all the causes that are important to us from standing up for LGBTQIA+ refugees and migrants who are facing a hostile environment and deportation, the impact of climate change on marginalised communities, the lasting impact Grenfell and its subsequent mismanagement, the decriminalisation of sex work, LGBTQIA+ mental health services, to addressing queer homelessness and much more!

So help us fundraise for bringing visibility to Bi+ folks and all of these causes on one of the most prolific media days for our queer community in London, and raise a little Panda Riot in memory of Stonewall and for all the causes listed above.