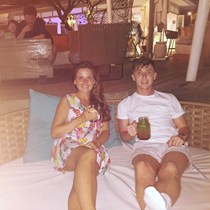 Weʼve raised £990 to Provide Louie with much needed equipment

Louie was born in 2016, three weeks after a perfectly normal labour and birth Laura and Lewis, Louies parents noticed something wasn’t quite right with Louies development and behaviours. After many trips to the Dr’s Louie was admitted to Grimsby Hospital with low oxygen saturation. Three weeks of test in Grimsby, Louie was sent to Sheffield Children‘s Hospital for further investigation. Another three months in Sheffield and after various tests it had been discovered Louie had Laringomalacia (narrorwing of the airway), Scoliosis, sleep apnea, epilepsey, a visual impairment, a fused frontinental, succeptiable to common illness and will have a significant developmental delay. The family never recived an offical diagnosis but it is believed Louie has a vary rare and undiscovered Syndrome - this is still undergoing genetic testing. As a result Louies parents are required to provide round the clock care, ventilation at night and Louie spent the first year and half of his life on 24 hour oxygen, still requiring it when ill.

Dr‘s also discovered Louie’s muscles were not developing as expected and diagnosed him with Hypotonia. Louies lack of strength has meant that he has not been reaching the milestones most children reach, at 3 years old he hasnt yet shown signs of crawling or walking and is likely he will require a wheelchair for the rest of his life. Also, Louie has limited ability to communicate making it hard for the family to always know exactly what he wants.

As Louie is now getting older and heavier the family are struggling with simple tasks such as lifting Louie into the car / into bed, washing Louie and generally caring for his day to day needs. Whilst the family have been supplied with basic equipment, Laura and Lewis would like to buy extra sensory toys and accessories for his existing equipment. In addition, they would like to purchase moveable equipment to make outings for the family easier.

We are trying to raise as much money as possible to give Louie the best chance in life as possible. Currently 50 ladies are doing a Sponsored swim at the Cleethorpes Leisure Centre and it would be much appriciated if you could help out in any way. 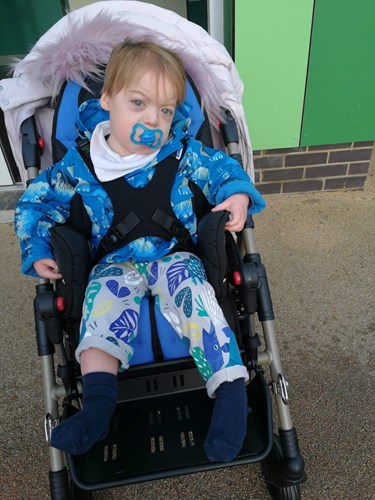