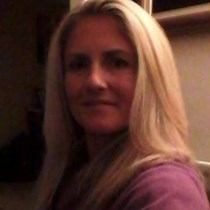 Weʼve raised £9,540 to help support Dylan and his family

Dylan's mum and dad would like to share their story in full now, they don't have much time to talk to and thank all of their friends and supporters, so please read x

I know Dylan's lovely Aunty has already very kindly informed you of the situation our little boy is faced with. But as so many people have already so kindly donated and we have been allowed home for a couple of days, I thought it would be nice if we told you the full story of cancer and our little boy.

Dylan has always been a very active, adventurous and well a 'typical boy'. Always climbing, obsessed with football and cricket and you always know that if he is quiet then he is up to no good!

Dylan has always been a very healthy little boy until around four weeks ago. Dylan started complaining of a bad back, to the point of waking up in the night, and a high temperature. We took Dylan to the doctors who diagnosed early set tonsillitis and prescribed a weeks course of antibiotics. But after a week, Dylan still had a temperature and back pain and became lethargic. After various trips to the emergency doctors we were sent to CAU. It was there after various blood tests, a chest X-ray and abdominal and lower back scan, all of which didn't find anything, Dylan was given an MRI! It was this MRI that diagnosed Dylan to having a brain tumour. Some people say that when you receive this kind of news your world stops, ours didn't, it just spun a whole lot quicker to the point we nearly threw up. But as parents we didn't have time to fall apart, because now it all became about the fight to keep our little boy alive! Within a couple of hours we were on our way to Alder Hey children's hospital in Liverpool. We met Dylan's neurosurgeon who planned to remove the tumour as a whole. The surgery itself had a number of possible outcomes including death. Dylan pulled through the operation and continues to recover well. He still can't walk and requires thickened fluids, but with regular physio and determination we hope these issues will improve if not reside.

The results of Dylan's tumour showed he has a grade 3 ependymoma, a very active and fast acting cancer. We have been given the opportunity to take part in a trial to go to America for 3 months, where Dylan will receive focal proton radiotherapy, a treatment that isn't yet available in the U.K. His oncologists believe this is the best course of treatment for Dylan and may help in his road to be free of cancer.

Once again we would like to say a huge thank you to everybody who has taken the time to read Dylan's story and donate. Karl and I are deeply touched by your generosity and kindness as well as all the well wishes and other fundraising events people are putting so much effort into at such a difficult time for our family. Thank you again x x

We are a very close family and I am trying to help support my brother and his family as they go through this very difficult time. Please provide any help you can.