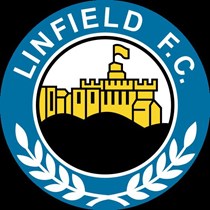 It is expected that Ali will be out of the game for quite some time.

At the time of the injury Ali received excellent care from the team physio, ambulance personnel and hospital professionals.

As stated on the official Linfield FC website Ali has received many messages of support from within the club, the Linfield family and the wider Irish League community.

It was decided by the Linfield Supporters Trust to set up a fundraising page to help ease the financial burden while Ali recovers from her horrific injury.

Like most players in the Ladies league the players play for nothing more than pride, the shirt and the medals and we felt it was only right that we help someone who has sacrificed so much for the club we love.

As a thank you to those who have donated so generously to this very worthy cause the Linfield Supporters Trust has decided to run a ballot in conjuction with the fundraising page. Details of prizes will be announced in due course.