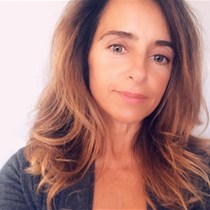 Life changing surgery - Please help us raise £120,000 for pioneering surgery only available in the USA to straighten, strengthen and lengthen Luca’s legs. Without this surgery his legs will not grow and become more painful and continue to buckle under his weight.

Luca was born with a condition called Bilateral Tibial Hemimelia. A rare condition which affects around one in three million people. The condition affects people differently and no two cases are the same. Luca was born without a tibia and a knee on his right leg and with just a partial tibia on his left leg. His feet were also misaligned (turned inwards and upwards) due to the lack of any proper ankle bones. At the age of 8 months old, we were told that the best option was to amputate Luca’s right leg, and perform the Brown’s Procedure on the left leg which had a very poor success rate. From the moment we were given this news, we have fought tirelessly to save our sons legs.

We began exploring different options, asking for second, third and fourth opinions as we wanted to do whatever was possible to save his legs. At the age of 13 months, the surgeon who was looking after Luca, Mr Andrew Wainwright (Oxford, John Radcliffe), discovered a German surgeon called Professor Weber, at a seminar in Turkey. Here they discussed cases like Luca and Professor Weber agreed to take on his case and came to be the surgeon who would start the journey to saving his legs.

When Luca was 23 months, he underwent his first, 10 hour long, major operation with Professor Weber and the team at the John Radcliffe hospital. The operation was carried out to save and straighten his legs. The operation required a Lizarov frame (a large cage with lots of pins) to be fitted to both of his legs. Luca was extremely traumatised by the procedure due to the amount of metal work on his legs and the lack of sleep due to pain. However, over time, he came to love his frames and he called them his “Silver Fix Its”. Initially, his recovery was slow but with intensive physio therapy at the age of 2 ¾ Luca took his first steps.

The silver frame was then removed and Luca was fitted with callipers and was learning to walk and felt free for the very first time.

Since this time, Luca has had many more operations, to either lengthen or straighten his legs. The operations took place in Germany and at the John Radcliffe hospital in Oxford. By age of 9 he had endured over 60 hours of surgery to save his legs.

In 2013, we had some unexpected news by the NHS Doctors that Luca’s right leg was worsening, and they could no longer do anything to save it. The leg started to bow and, although we were hoping for a plan from them to straighten his leg to be told that they could no longer save the right leg and eventually his walking will deteriorate and as a result the best option was amputation. The news came as a shock to us all and as a result we had to look outside of the NHS to try to save Luca’s legs.

The need for the operation was becoming increasingly urgent as his bones were not aligned properly, and he was experiencing severe pain in his feet, knees, hips and thighs. We visited Professor Weber, who was practicing in Dubai, The surgery was then scheduled to take place in Dubai. Unfortunately, and just before the operation, we received more bad news, Professor Weber was no longer practicing in Dubai and out of contact. We were all feeling a little despondent and unsure about what to do next. However, through the determination of family and friends, we discovered a surgeon in America by the name of Dr Paley. We went to see him and he confirmed that he could help, but the cost would be £135k.

In 2014, through various events (e.g. donations, sponsored events, etc.) over about 4 months we managed to raise the money. We had stay in the USA for 9 months for 4 operations and continuous physiotherapy throughout. The operations were a success to the extent Luca was able to walk unaided, without calipers for the very first time.

In 2015, we returned to see Dr Paley for a further check-up and more surgery was needed so that the leg could grow straight and allow him to have better mobility, he was also in constant pain. Once again, we raised the funds for this to happen so that he could walk pain free. The operation was a success but we were always told that as he grows more surgery would be needed to continue on this path until Luca is fully grown.

Luca is now 15 and his mobility has continued to progress well, but a visit to Dr Palely last October 2018, showed that he was in need of more surgery to prevent future issues. The growth plates in Luca’s legs have stopped and they are now at risk of buckling due to his body being out of proportion to his legs. The surgery will also straighten and strengthen his legs. The cost for the next set of operations and the post-operative care, including physiotherapy is £120,000. Without the pioneering surgery Luca’s mobility will deteriorate and become painful.

As parents to Luca we will do anything to save his legs and improve his mobility and as a result we are planning to run a series of events to raise some funds and help pay for the next set of operations and stay in America which are scheduled to take place on the 17th July 2019. We knew this was always a long-term journey and we are so close to achieving what Dr Paley told us from our first visit, that he would get Luca standing on his own two feet, walking unaided. Dr Paley has delivered on everything he said and this is why it is essential to complete this journey with Luca.

I hope you can help?