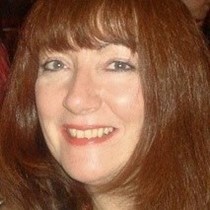 Weʼve raised £545 to Help towards paying for a new Ambulance for the 'Cat man of Aleppo' in Syria. Please read the heart rending story here.

Many of you may now know the Cat Man of Aleppo, a man who started by feeding street cats that were left behind by those fleeing the dangerous situation in Syria. Rather than flee himself, he sent his family to safety & stayed behind to offer protection & a food source to the animals left behind on the street to fend for themselves. He used the little money from his own pocket to do so. As word got out, via social media & now, the major news channels including the BBC, people began to assist him. They sent a little money, that grew into enough to be able to build a shelter. That shelter attracted many more cats, (word got out in the cat population!) & even some dogs, one dog especially, who Alaa named 'Hope'. Sadly the shelter took a hit during a bombing raid, the shelter was destroyed & cats & 'Hope' were killed, It was no longer safe to remain so Alaa (now named by those following his story 'Il Gattaro di Aleppo' or Cat Man of Aleppo) had to flee & seek safer shelter. He took as many of the animals he could & found a new place. A new dog appeared, he was also named 'Hope'. Some more funds came in, enough to build a Cat Ambulance. This also was used to rescue people & children caught up in further bombing & ferry them to safety. Alaa also used it to delivers sweets, little gifts & friendship to children especially that have been severely traumatised by the situation they find themselves in. Last week, you may have seen on the news that a convoy was bombed. Alaa was in that convoy. He wasn't hurt, his colleague was, & the very children he had just handed sweets out to 45 mins before..a number were killed. The Cat Ambulance was destroyed & a burnt out shell remains. He takes his life in his hands every hour of every day. He is a lovely man, watching his videos will show you that. People are calling for him to be given the Nobel Peace prize.
I want to help. I have set up a Just Giving page and would so very much appreciate if you could give anything.

Hi, as many of you who know me are aware, I am about to Trek to EVEREST BASE CAMP & wish to ask you to help spur me on with every step I take. Please give a little to help replace the Cat Man of Aleppo's bombed Cat Ambulance. I will be inspired as I go knowing you care. Thank you