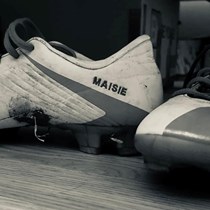 Weʼve raised £9,356 to honour the memory of Maisie Tothill

Maisie had been suffering from occasional epileptic seizures for 3 years but no one had managed to diagnose the underlying cause. On Friday 25th January 2019 Maisie went off to bed as happy as she always was but tragically she suffered a seizure in her sleep and sadly didn't wake up on Saturday morning. Maisie was just 22 years old.

We don't know where to begin to start describing Maisie. She was simply the best daughter, granddaughter, sister, niece, cousin and friend that anyone could wish for and was truly loved by everyone that knew her. The overwhelming theme of the tributes that have poured in since her cruel and untimely death refer to her as 'beautiful inside and out' and to the fact that she was always smiling. Maisie graduated from Leeds University last Summer with a degree in Politics, which was one of her many passions. She wanted to use this to make a real difference. So to help her continue to achieve this aim we would like to raise money for two charities that support people affected by conditions similar to Maisie's.

Support Dogs are a charity that provide, train and support specialist assistance dog partnerships to increase the independence and quality of life for those affected by autism, epilepsy and physical disability.

There are at least three epilepsy-related deaths a day in the UK. SUDEP Action is dedicated to raising awareness of epilepsy risks and tackling epilepsy deaths including Sudden Unexpected Death in Epilepsy. They are the only UK charity specialised in supporting and involving people bereaved by epilepsy. They have an epilepsy bereavement support team on 01235 772852.

Please help us make sure that something positive comes out of this by making a donation in her memory.