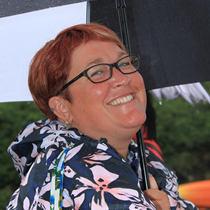 THIS IS NOW CLOSED AND THE WINNER HAS BEEN DRAWN, WE RAISED OVER £1000 ON THE 2 SHIRTS A FANTASTIC EFFORT AND ON BEHALF OF ALL INVOLVED WE THANK YOU ALL.

The Masonic Charitable foundation helps those within and without Freemasonry. In many aspects of perceived need. including financial, health, family, practical assistance and family care.

The MCF acts as a central collection point which helps in streamlining charitable activities and helps speed up help as there is less need to contact multiple organisations. The MCF also awards grants to other charities, hospices, medical research and disaster relief appeals. Funded entirely through the generosity of Freemasons and their families, the MCF is one of the largest grant-making charities in the country.

In support of the MCF the Province of West Lancashire 2021 Festival was started in 2017. 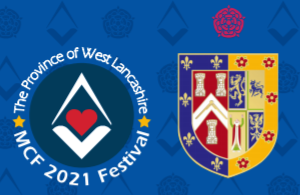 To that aim, we have these 2 shirts up for auction with all proceeds (apart from the 5% JustGiving fee) going to the MCF.

Some information on the shirts:

The signatures are fantastically clear and beautifully done, and very unusually also include both managers Jurgen Klopp and Jose Mourinho. Also Sir Kenny's friend took the time to write down who had signed each shirt making it much easier to identify. Please see below for more pictures.

It is our intention to sell these in two different ways, the Liverpool shirt is a straight auction with the highest bidder winning and being paid for on completion of the auction. Should the winning bidder not be in a position to pay, we will automatically contact the 2nd highest bidder.

The Manchester United shirt will be sold on a number basis at £10 a number, and will be paid for immediately the number is reserved and can be paid using the Justgiving link putting in the remarks box what number is to be held (no money=no number). It is envisaged we will have 100 numbers 1-100, but reserve the right to increase the number should demand dictate such. Once the list is complete, ( or reasonably close) at an appropriate juncture yet to be decided we will draw the number using a random number generator in front of independent witnesses and the lucky recipient informed.

Should you wish to view the shirts please contact Chris Gray on 07773967640, there are some pictures at the bottom of this post.

Remembering all funds raised will be going to charity so the emphasis is raising as much as possible.

Both the shirts auction details will be updated here: 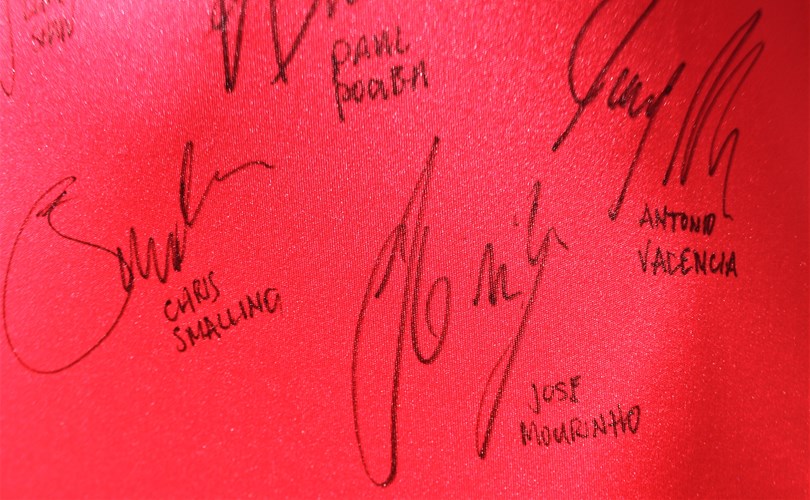 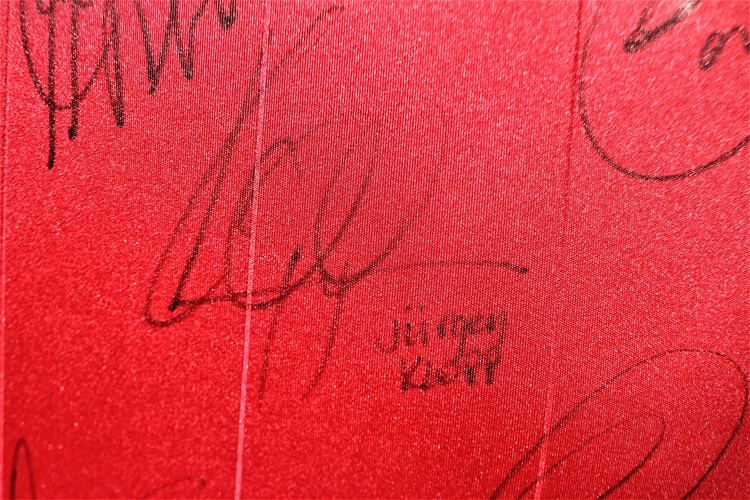 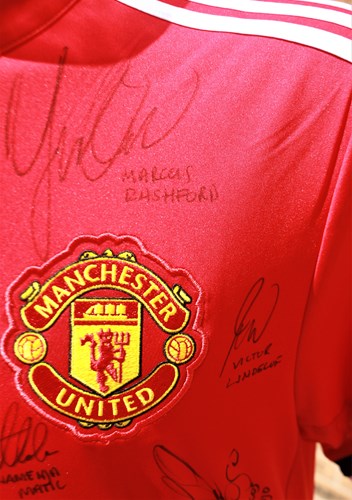 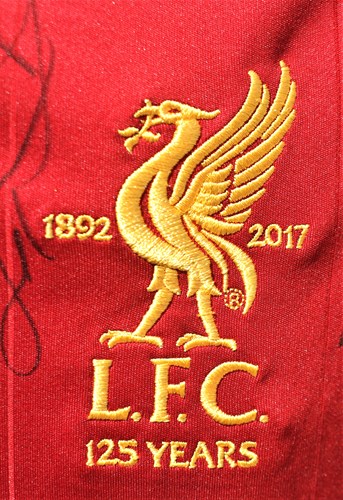 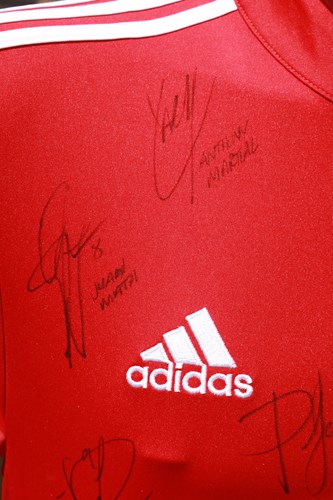 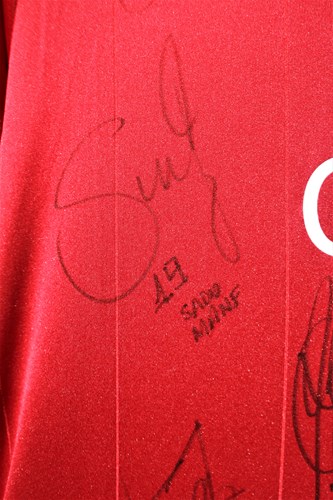 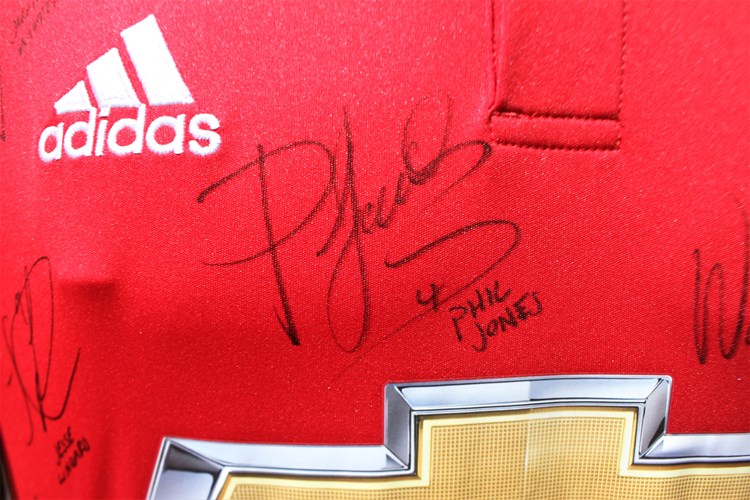 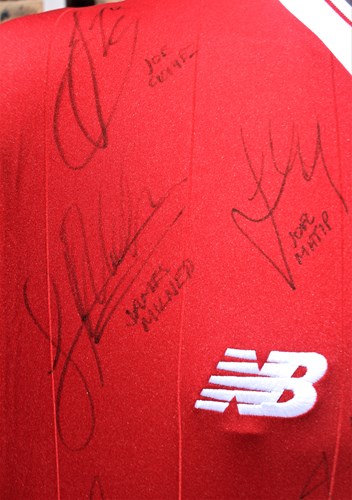 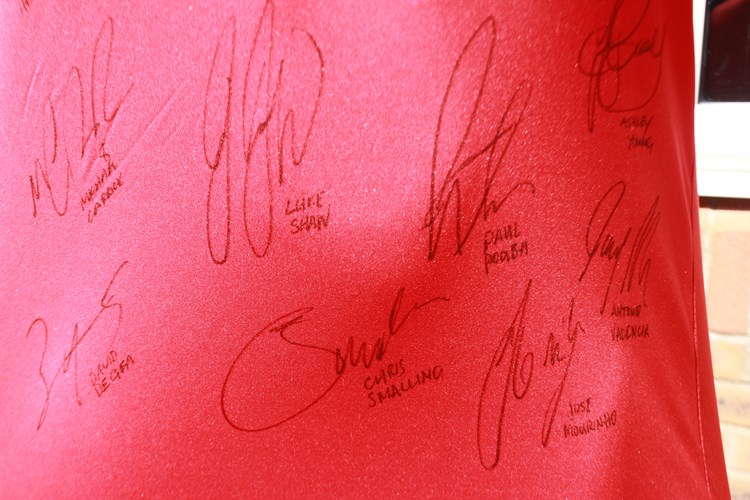 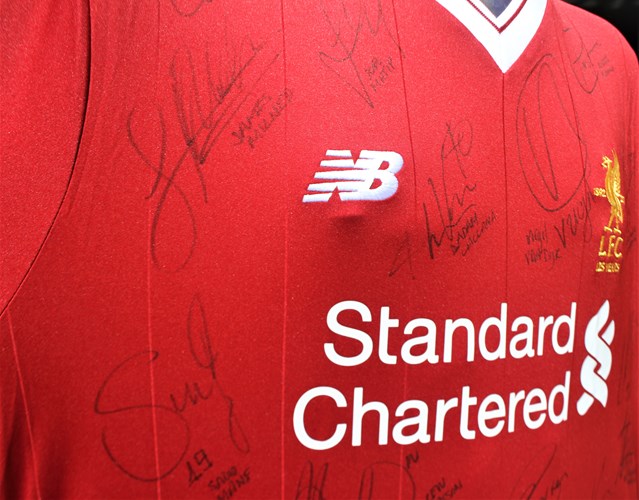