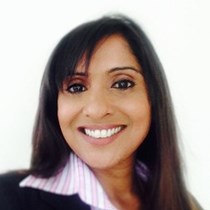 For the last two years, I have volunteered at Crisis at Christmas.

Last Christmas, I met Cecil Hayes, a lovely mild mannered gentleman, who has lived in the UK for 51 years. He was granted settlement in the UK in 1966 and came from Grenada to join his parents.

In 2012 Cecil started his most recent employment, working as an HGV driver. One day his employer did a check on all of its workers, as companies are compelled to do by the government. Cecil’s only proof of his status in the UK was his expired passport that had been stamped years ago, by the government to prove his immigration status. But, this has been stolen some months earlier. In the 1960’s there were no computerised records so getting a replacement was almost out of the question. His employer, faced h a potential fine of £20,000 so had to terminate his employment. The frustrating thing is, as soon as he can prove his right to work in the UK, his employer is happy to offer him his old job back.

He tried to find alternative employment but without proof of his right to work in the UK the rejection letters piled up. He used up all his savings on rent and daily living, and tried desperately to find employment. Finally, with no job, no recourse to public funds unable to support himself, facing spiralling debt and seemingly no hope he has been forced to sleep on the streets, with limited spells in homeless shelters.

Cecil wants desperately to work and contribute to society as he has done for all of his adult life. He is a victim of the government’s increasingly restrictive immigration laws. Recent changes in the law have left him in a legal limbo, without a home or job in a country that is legally his home. The very sad thing is, he doesn’t need to be in this situation. He can apply for a biometric card from the Home Office that will prove his status in the UK, let him work and ultimately get his life back. However, with no funds or resources the extortionate £808 Home Office fee is something he cant find

Please help Cecil, who has lived in the UK legally for 51 years, contributed to British society by working and paying taxes but is now homeless because of government ‘get tough’ policies, so that he can get his life back and once again contribute to society in the UK.