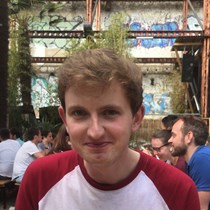 Weʼve raised £157 to Help a retired neighbour targeted by 'roofers'

'My retired neighbour who lives on his own answered his door to unexpected tradesmen. The tradesmen claimed to be roofers working on a nearby property, and whilst up on that roof, spotted a couple of loose tiles on my retired neighbour’s roof, and offered to do the job there and then.

The tradesman quoted £20 for materials + “some labour”, so my neighbour agreed to the works. The “roofers” spent no more than 40 minutes on my neighbour’s roof, then informed him that they had also undertaken some additional “sealing” works, and that the total bill now stood at £2700, which needed to be paid immediately.

They pressured him into handing over as much cash as he could do so there and then, and one of them even followed him upstairs and around the house to look for cash. Then they demanded that they take him up to the bank so he could withdraw further cash. He used this as an opportunity to get away from them in his car, but they found him parked up nearby, and the harassment continued. Sadly, further cash was withdrawn and obtained from him.'

I'm not the original poster and did not witness what happened, but I feel compelled to help. There seems to be further interest from others viewing the post so thought I'd give this a go. Nobody deserves to have money of any amount stolen, especially not in retirement and especially not in the threatening manner described here. Let's show that community still exists.