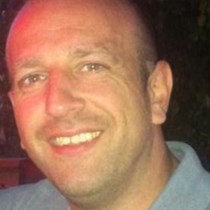 All HOMELESS PEOPLE are are ALCOHOLICS or DRUG ADDICTS!!

Do you know someone that has suffered from a relationship breakdown, redundancy, poor mental health, domestic abuse? – these are just some of the reasons why people end up homeless.

People don’t choose to be homeless - they find themselves sleeping on the street because they are facing a major crisis that means they’ve ended up with nowhere else to stay.

* On average, homeless people die at just 47 years old, compared to 81 years for the average UK citizen. A homeless rough sleeper is 9 times more likely to commit suicide than the average person.

* Six in ten rough sleepers surveyed said they had been insulted by a member of the public, and one in ten said that they had been urinated on.

* More than one in three have been deliberately hit, kicked, or experienced some other form of violence while sleeping rough.

Every year myself, my son and some friends work together to help the homeless in London around Christmas. From funds raised we put together care packages consisting of essential food and hygiene items, as well as hats, gloves, scarves and socks to help keep people warm.

We spend time travelling around London and handing out care packages to those in need, talking to individuals less fortunate than ourselves and hearing their stories, listening to their concerns and giving advice where possible, but more importantly showing that people care.

Please give what you can, no matter how small, to help us reach our target of £2,000.