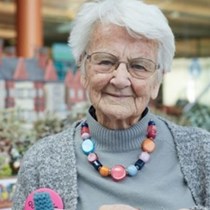 Her amazing textile masterpiece has made headlines round the world, particularly once it went on public display in the ballroom at Sandringham in summer 2021. Even the Queen herself viewed Margaret's work.

Margaret's fundraising continues via this Just Giving page and she will be making a reappearance in spring 2022, at the Norfolk Makers Festival, at The Forum in Norwich, between Wed 9 and Sun 20 March. 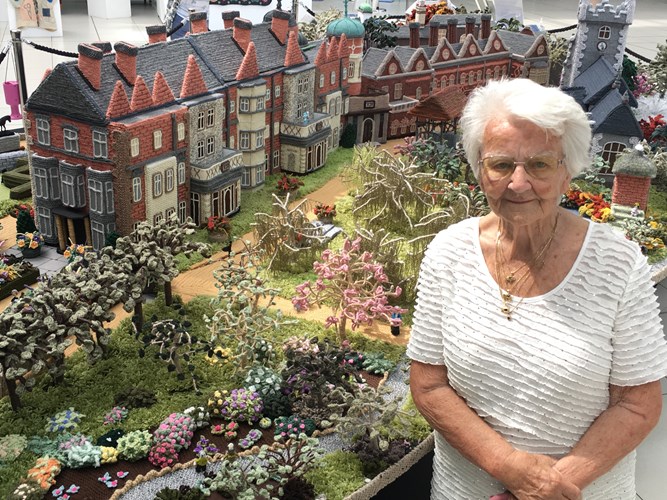 The irrepressible great-great grandmother, from Caistor, near Yarmouth, said,

"I was absolutely thrilled to have been invited to show my work at the real Sandringham House. I really can't believe how much attention my knitting is getting.

"For me it's all about keeping busy and raising money for good causes and I hope to raise many more thousands for Norfolk's NHS over the next year or so."

"I have to keep pinching myself. I never thought something like this would happen."

So far more than £18,000 raised by Margaret's woolly wizardry has been divided between the Norfolk and Norwich Hospital, in Norwich, the James Paget Hospital in Gorleston, and the Queen Elizabeth Hospital, in Kings Lynn. 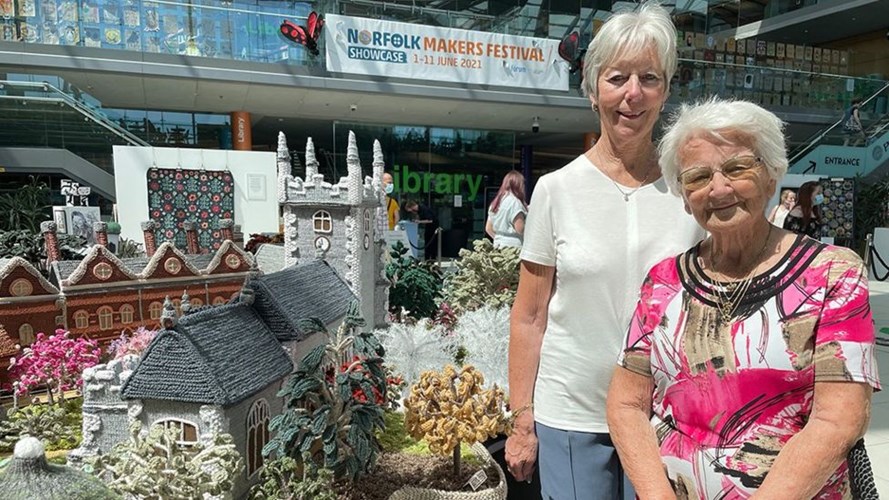 Margaret's knitted Sandringham House, complete with church, lake, ornamental gardens and tiny royals and visitors, delighted thousands at the Norfolk Makers' Festival Showcase, at The Forum, in Norwich, in June 2021.

In just one 11-day exhibition more than £6,000 was collected in cash and more than £2,000 donated via this Just Giving page.

This is just a fraction of what Margaret has achieved over the past five years or so. In total her knitted installations have raised more than £50,000, money which has directly benefited local people. 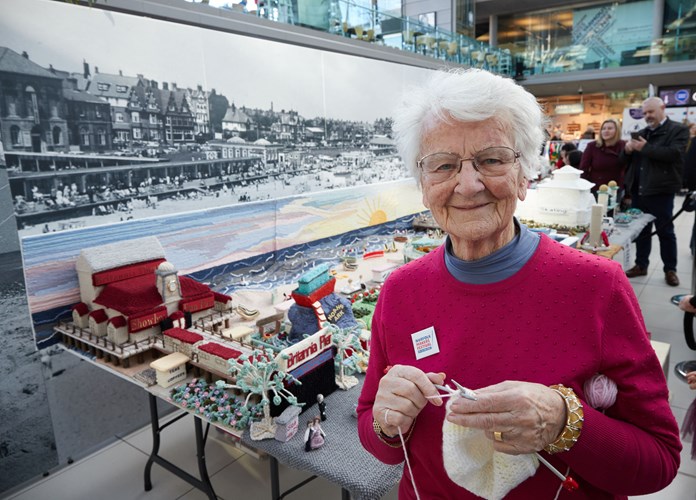 Margaret started making headlines when her knitted Great Yarmouth sea front went on show at The Forum, in Norwich in 2019. The Sandringham 'work-in-progress' drew the crowds the following year and was featured on national TV in early 2020. 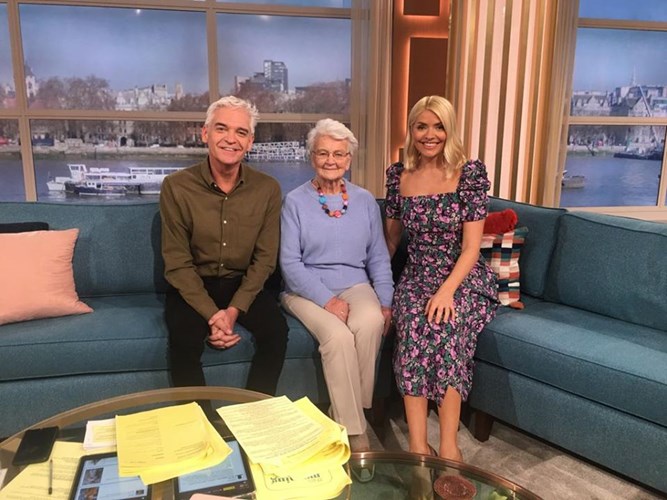 And while shielding during lockdown in 2020 she not only completed the Sandringham model but also built her famous 'NHS Knittingale', her personal tribute to NHS and care workers.

The charities that have benefited so far from Margaret’s imagination, industry and creative skills are a hospice in Great Yarmouth – the Louise Hamilton Trust – Addenbrookes Children’s Hospital and a young girl called Anna Poppy who needed funds to treat a rare cancer.

Her current fundraising is for Norfolk’s three NHS hospital trusts, the Norfolk and Norwich, the Queen Elizabeth and the James Paget. All money raised will continue to be split evenly between the trusts and will be directed into specific projects – a breast cancer unit, a maternity bereavement suite and community improvement fund.

Margaret lives with physical pain in her legs and her hands. She doesn’t like to take too many pain killers as these stop her knitting! She can’t do the fiddly stuff so her friend Jan makes the tiny flowers and figures, her daughter, Tricia, creates the leaves and the small shrubs. 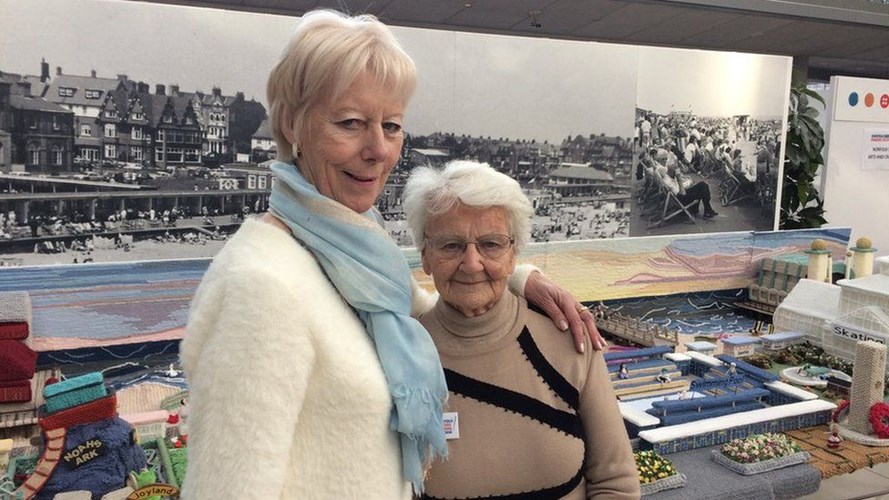 Margaret and her friends are just one team of many charity knitters around the country who enjoy using their crafting skills to help others. Please donate. Every pound raised will go to our local NHS teams. Thank you.