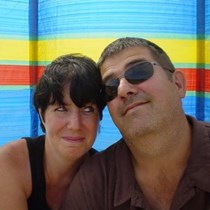 Weʼve raised £2,038 to to buy and install public defibrillators. 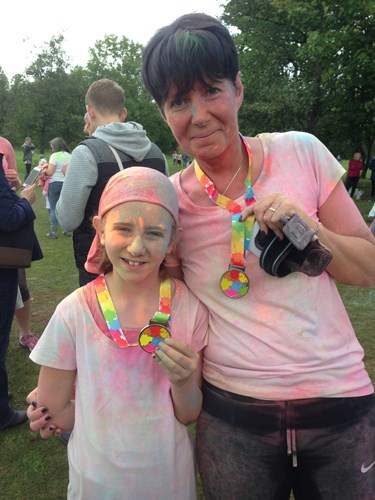 In January this year my husband was involved in a car accident and as a result of that he suffered a heart attack and died. My husband was only 53 years old and left behind a young family. His name was Harry Lawton.

My daughter and I have started running together at organised races. She is only 9 years old and today she completed a 5k run without stopping.Today, however a man collapsed during the race and both my daughter and I witnessed him receiving CPR. He didn't survive and at the end of the race when we were collecting our medals the organiser was calling out for the family over the microphone. Up until now we have always entered races for fun but today another family will feel the terrible loss we have, and we as a family desperately want to reduce the chances of that happening again.

Myself, Keira, Conner and Emily (Harry's family) are trying to raise funds to buy and install public defibrillators. These defibrillators will be accessible by the public and will save lives. We are all running in organised races starting with the Glow in the Dark 5k on October 28th 2017.

We will all run until we raise enough funds to buy a public defibrillator and then......we will start again, to buy another.....and then another.

Each year in Britain around 30,000 people are struck by sudden cardiac arrest outside of hospital environments. They can affect anyone at any time – from young children at school, to adults when they’re at home, work or out in public places.

Of the the 30,000 out-of-hospital cardiac arrests, 80 per cent happen at home and another 20 per cent occur in public places where, due to a lack of proximity to defibrillators, the victim is at most risk of death.

If a defibrillator is used within 3-5 minutes of cardiac arrest, survival rates jump from 6 per cent to 74 per cent.....

We are running and raising funds to buy public defibrillators in memory of my husband and my children's dad : Harry Lawton,

We are running and raising funds for you and your family to have the access to a public defibrillator within your community.

Please donate whilst we run...... Thank you from `Team H' xx