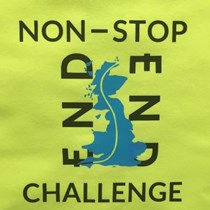 I am raising money for 'The Queens Centre' as one of my colleagues and friend Dave Frisby receives treatment for Leukaemia at the centre. The charity has been a fantastic support to Dave and I would like to raise money for the charity as I undertake the Half Century Tri Challenge.

Between the dates of Sunday 11th and Thursday 21st June I will be attempting to complete the following:

Challenge One – Cycle - End to End

The End to End challenge is to cycle the length of the Country this is a distance of around 1000 miles. My End to End cycle route begins at John o Groats Scotland, and passes through some of the toughest terrain in the UK before finishing at Lands End.

The National Three Peaks Challenge – is climbing the three highest mountains in Scotland, England and Wales. Starting with in my case Ben Nevis followed by Scafel Pike and finishing with Snowden. This is a serious undertaking covering a distance of around 24 miles, with a total ascent of over 3,000 metres.

The challenge is to kayak the length of the longest stretches of water in Scotland England and Wales. I will be starting with Loch Awe in Scotland which is around 27 miles followed by Lake Windermere England at around 11 miles and Lake Bala in Wales at around 7 miles which completes this challenge. That's a total of around 45 miles of Kayaking which is equivalent to crossing the English Channel and back again…

Each of these are stand alone challenges in their own right and are considered a serious undertaking. However to put all three together and attempt to complete them in twelve days will be a notable achievement something that I believe has not being done before…

I hope you will support this worthwhile cause. All monies raised will go to Dave’s chosen Charity 'The Queens Centre' where Dave undergoes regular treatment to stabilise his condition. Without this continued treatment Dave’s condition would dramatically deteriorate.

I will be posting a daily updates of the challenge on Facebook where you will be able to keep up to date with my progress and witness my suffering.

Thank you for your support :-)

The Queen’s Centre is located at Castle Hill Hospital in Cottingham. The centre is a state of the art facility that is primarily for cancer patients from across the region. It is also home to services such as immunology and allergy, rehabilitation, haemophilia and lymphedema. As well as serving the local community, the centre has a catchment population of approximately 1.2 million people in a largely rural environment, with some patients travelling up to 80 miles to visit the site or appointments with clinicians. The centre also accepts referrals from any part of the country.

Haematology involves the diagnosis and treatment of patients who have disorders of the blood. The haematology service within the Queen’s Centre provides clinical care for patients with non-malignant and malignant haematological conditions in the Hull and East Yorkshire locality.