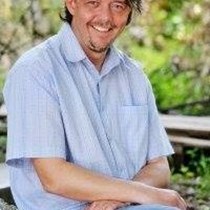 So after much deliberation and planning my wife and I are going on a walk, well an adventure. And we’ve decided to jump right in at the deep end by taking on the longest continuous path, the South West Costal path. It is a mammoth walk. A grand total of 630 miles or almost 1,100 km.

And with so many hills that it is equivalent to climbing up Everest four times. And if you’ve got one of the step counters on your mobile we will roughly be taking 1.6 million steps!

There is an important reason for going. My father loved this coastline, he liked it so much that we moved from the south east of England to the south west when he retired. And he loved the coast and the coastal path. I’m guessing that he would have loved to have walked the path. So after he died I made a promise to myself that I’d walk the path in his honour.

I’m not really the most religious person but I do believe that whilst we are walking that he will somehow see the walk through my eyes. And I can’t let him down, I’ve got to finish.

Now, it is important to both of us that the walk has a connection between Croatia and the UK. We are linked. So we’ll be raising money for two charities, one in the UK for dementia (Dementia UK) and one in Croatia for animal welfare, S-Pas in Zagreb. Animal welfare is an obvious one given our love for animals, and in fact my dog (Toto) who came to us from S-Pas will be joining us (although he doesn’t know this yet) and dementia in my father’s name.