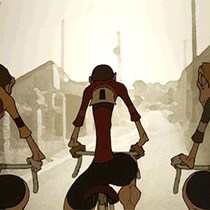 On September 4th we will be joining a group cycling 40 miles to raise money for Horatio’s Garden Charity. We will be on a challenging course up and down hills across the Isle of Wight which we aim to complete in 3 hours. For the super fit amateur road racers, this won’t sound like much… but we are occasional cyclists on a mix of very ordinary bikes.

Horatio’s Garden is named after Horatio Chapple, a schoolboy who wanted to be a doctor and who volunteered at the Duke of Cornwall Spinal Treatment Centre in Salisbury during his school holidays. The charity’s story began back in 2011, when Horatio noticed during his time volunteering that there was a lack of outdoor space for patients with spinal injuries and their loved ones. This bothered him, so he decided to do something about it.

Tragically, Horatio’s life was cut short at 17 when his camp was attacked by a polar bear whilst on an expedition to Svalbard that summer. There followed an outpouring of love and goodwill, with donations flooding in for his garden to be created. Since then, Horatio’s legacy has continued to grow and is now helping patients, families and NHS staff throughout the UK.

Very average cyclists on regular bikes keen to help make a difference to patients with spinal injuries. Through our personal connections with the people behind Horatio’s’ Garden we know how big a difference these gardens make to patients sense of well being and their recovery.