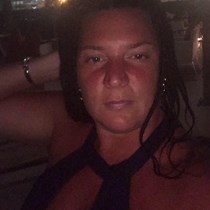 Weʼve raised £20 to Donate to Bramley War Memorial Fund, remebering those locally who gave their life. Maintaining the Churchyards and memorials.

On Sunday the 9th July I will be running the Leeds 10k Race to raise funds for the Bramley War Memorial Fund. We - The Black Lion Bramley have raised over £100.00 already which has helped complete the Peace Garden, as well as maintain and upkeep local memorials and churchyards.

Bramley born Geoffrey Appleyard was the first Second in Command of No.2 SAS Regiment following service in the Commandos and Small Scale Raiding Force, he is remembered in the large plot in Bramley Baptist Churchyard by the grave of his mother.

Our fundraising book, “Geoffrey” is detailed on both the Shop and News sections and can be purchased for £11.99 plus £3.00 Postage and Packaging by PayPal to our email address; bramleywm@aol.com

A combination of size, subsidence and sheer scale of upkeep means that the graveyard away from the areas closest to the church is in a state of disrepair.

Included in the graves are around 80 that are either Official War Graves (white headstones) covering World Wars One and Two and what are termed “Remembered” graves that carry a memorial or inscription to a family member who died on service but either have no known grave or are buried overseas.