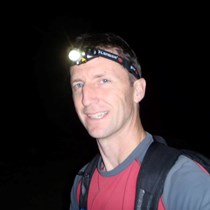 Weʼve raised £225 to send Crosfields U10 rugby league team on tour, by cycling 52 miles to visit all 6 of the North West's Superleague grounds in a day.

On 13th April, Harry (10) and his brother Kieran (13), along with all Harry's team-mates, will be cycling to the 6 grounds of the rugby Superleague clubs in the North West of England. Starting at the mighty Warrington Wolves, they will cycle to Salford Red Devils, Leigh Centurions, Wigan Warriors, St Helens and then finally Widnes Vikings. Assuming they arrive on time, they will parade on the pitch before the Widnes vs Warrington Superleague match. This is a distance of 52 miles, a huge under-taking for a team of 10-year old lads. They have all been out training on their bikes, in addition to their rugby training commitments.

Crosfields Under-10's will be travelling to Australia for a 14-day sports tour at the Rugby League World Cup. They have the backing of Warrington Wolves rugby league club and the Warrington Wolves Foundation to represent their schools and the town of Warrington. They will be based at Penrith Panthers for training (a top-flight NRL team) and will play 3 matches against local teams.