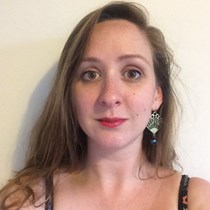 Weʼve raised £520 to Help us get to Brighton Fringe Festival

Oxford
Creative arts and culture
Funded on Friday, 24th May 2019

Marvellous Machine is a female-led theatre company made up of theatre maker Lou Corben and musician/composer Becki Reed. We’re a small ensemble-driven company with limited resources, yet the stories we tell are ones of castles, beasts, and magical transformations. We bring stories to life using live music and foley, object theatre, puppetry, and physical theatre. Some say that limitation breeds invention and that seems to be the case with us.

With our latest production, ORLANDO, we're leaving our Oxford home for the first time! We are participating in Brighton Fringe, the perfect festival for a show like ORLANDO, but we need your help to get there!

Three reasons you should support Marvellous Machine Theatre Company's campaign to get to Brighton Fringe.

1. We create inclusive opportunities for trained and untrained performers and creatives - we love to work with people from all sorts of backgrounds. We believe everyone can be creative and can perform. You can help us make more of these opportunities happen in the future by supporting a successful run at Brighton Fringe.

2. Too many LGBTQ+ stories focus on dealing with prejudice and the dark side of the queer experience. Brighton has a thriving LGBTQ+ community, so help us share this uplifting story of queer joy, love, and self-acceptance with a queer audience.

3. We support Say It Loud Club, who support LGBTQ+ refugees and asylum seekers. Without the help of Say It Loud Club, many would have had to return to their home countries where they had faced discrimination, violence and even fear of death. In Oxford, we raised over £450. Our goal is to raise another £600 in Brighton. Your gift to our fundraiser will help us get to Brighton to keep campaigning.

“I’m sick to death of this particular self. I want another.”

Orlando: Poet. Lover. Adventurer. After an evening’s encounter with a traveller woman, Orlando is transformed forever.

Following the sell-out The Tiger’s Bride, Marvellous Machine Theatre Company return with their hilarious and joyful production of Virginia Woolf’s ORLANDO adapted by Sarah Ruhl. Using live music, comedy, drag and movement, they bring to life Virginia Woolf's high-spirited, queer romp through history. Join us as we travel from the court of Queen Elizabeth I to 20th Century London, via Constantinople and the high seas.

The work of Virginia Woolf is consistently studied at colleges and universities. In the early 1920s, Woolf met fellow writer, Vita Sackville-West and something awoke in Virginia which she had previously not encountered: desire for another woman - something which, of course, was illegal at the time. ORLANDO: A Biography (1928), is Woolf’s tribute to Vita. Just two years after ORLANDO was published, Lili Elbe became the world’s first recipient of gender affirmation surgery. With the now-burgeoning trans rights movement, ORLANDO seems more joyfully relevant than ever.

“a masterful adaptation… a splendid piece of theatre” - Daily Info

"Words, words would not have enough impact to explain how incredible the performance was"

“I'm uplifted by the whole experience - buzzing in fact!"

Lou Corben is a Director, Producer and occasional actor. She studied Drama at the University of Lincoln. Her recent work includes: Director and Producer of The Tiger’s Bride and Orlando for Marvellous Machine Rehearsal Assistant for Jane Eyre at Oxford Playhouse.