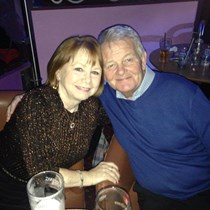 Weʼve raised £1,295 to I want to help my cousin and his family who have had many tragedies in the last ten years and now in a crisis because of terminal illness

Tommy is a Dundee United supporter and he walked / ran from Tannadice stadium to Annfield in Liverpool a distance of 350 mls, it took him two weeks staying in hostels overnight. He didn't tell anyone he was doing it until he'd finished because he didn't want a fuss
When I found out I suggested he could have done it for charity.
He phoned me the next day to say he is running the Stirling Marathon on 21st May and could I help him to get sponsors for this?
This is Tommy's words
" My cousin Joe, his wife Marion and their son Kris emigrated to Australia in 1995 they settled well, Joe had his own business and when Kris was old enough he joined his dad and they made a great success of it.
Kris was a very talented musician and singer and his band were about to be offered a recording contract.
In 2005, Kris and his friends were at a pool party one night and after a few beers the guys started jumping from the roof of the house into the pool, unfortunately Kris hit the concrete suffering massive head injuries which have left him in a coma and with a tracheotomy as he is unable to breathe for himself.
Since then he has received 24/ 7 care at home by his parents and a team of carers, Marion being his main carer while Joe has worked.
In 2011 Joe's 32 yr old son by his first wife was murdered in Edinburgh and this devasted both families.
Last year Joe was told he is going to need open heart surgery to replace a valve and just a couple of months later devastating news when Marion was diagnosed with terminal cancer. Last week all of Marion's treatment was stopped, no more can be done.
Joe will have to have this surgery soon, he will not be able to return to work as when he is fit enough he will become Kris's carer.
I have stayed with Joe & Marion a few times in Oz and cannot tell you how devoted they are to caring for Kris. I feel very strongly that I want to help them so I'm asking for sponsors when I run the Marathon, all donations gratefully accepted. Many thank

This is my cousin Tommy McFarlane, he was 70 years old on 15th April and decided to make a pilgrimage to Liverpool to honour the people who were involved in the Hillsborough disaster which happened on his 42nd birthday on 15th April 1989