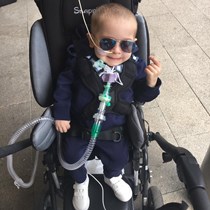 Weʼve raised £1,070 to help fund special equipment, hospital transport costs, and anything else Mason might need when he finally gets home. 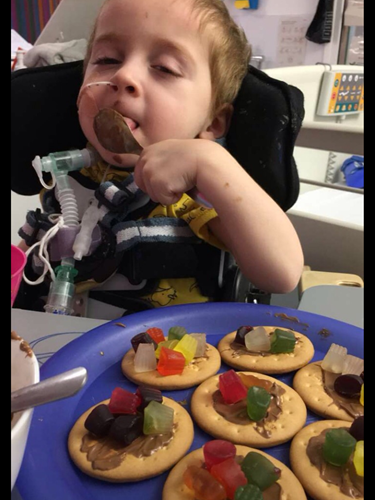 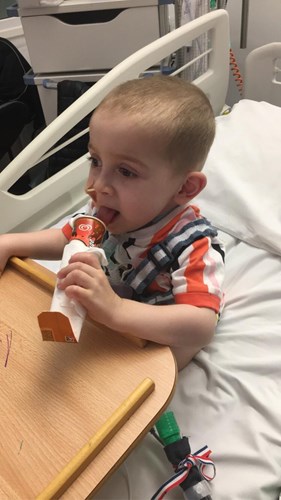 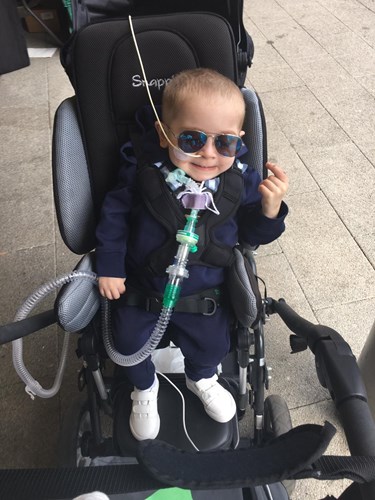 They are now in their 7th month of living in Sheffield Children's hospital, they are now waiting for family and friends to be trained in the specialist care he needs and for more suitable housing to be found before they can go home.

Mason had a spinal injury at the top of his spinal cord. This caused him to deteriorate over the space of 11 months: In January 2019 Mason was starting to walk but by November 2019 he could not move from the neck down. Over that time he was in and out of hospital due to having episodes of respiratory failure, fainting and high temperatures. We now know this is Autonomic Dysreflexia cause by the spinal cord injury but his spinal cord injury was never picked up.

In November 2019 Mason was critically poorly and was transferred from Derby over to Sheffield Children’s Hospital due to respiratory failure and needing to be ventilated and cared for on intensive care. Sheffield Hospital decided to keep Mason in their care and investigate why Mason had deteriorated. He was seen by the Neuro team and an MRI showed that the top bone of Mason's spine was very tight around the spinal cord causing a lot of damage and pain. In December 2019 Mason had a major operation (decompression of the spinal cord) and his spine was made stable with a metal plate and rods from C1 - C4 of his spine.

Between November 2019 - January 2020 Mason was moved several times between the high dependency ward and intensive care due to respiratory failure, eventually consultants made the decision to give Mason a tracheostomy, so he could still be ventilated but continue with life as a 3 year old as best he can.

Consultants can’t predict how far Mason will come regarding his physical development and since the tracheostomy he is still very weak but he has regained all movement. He is now sitting for short periods of time without support.

Family and friends are so proud of Nicole for her unfailing love and support for Mason especially during lock down, where she has been miles away from home without any friends or family allowed to visit. Once home, Nicole will need all the support and financial help she can get. She will need to travel frequently with Mason between Swadlincote and Sheffield for regular hospital visits and Mason will need specialist equipment. Some of which will have to be self funded. On top of all that, Mason will need 24 hour care.

Lets take the financial pressure off Nicole and enable her to concentrate on providing the 24 hour care that Mason will need once he is back in his own home.

Thank you all for taking the time to read Mason's story. xxxxx