Weʼve raised £67,203 to Pay Tribute to and Remember the Life of Police Sergeant Matt Ratana 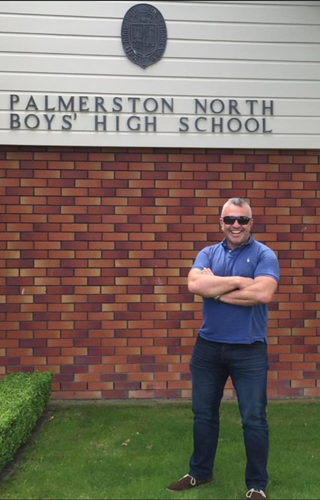 This fund is launched in memory of our much loved colleague, Police Sergeant Matt Ratana, who was murdered in the early hours of Friday 25 September 2020, after being fatally shot whilst on duty working with the Metropolitan Police Service as a custody sergeant in Croydon.

Matt was 54 years old when he was killed.

He joined the Metropolitan Police Service in 1991 and was captain of his recruit training class. Posted to Charing Cross he worked as a constable on the streets of the West End and Westminster in various roles. Later, he worked with the Territorial Support Group and in Hillingdon.

In all, nearly 30 years spent as an uniformed officer serving the public of London.

He was originally from Hawke’s Bay, New Zealand, where he developed a passion for rugby.

After Otago University, he came to London in 1989 and played for London Irish. He was a leader in his sport, well known as a player in several teams including the Metropolitan Police, and as a coach, most recently at East Grinstead.

As a colleague, he was big in stature and big-hearted, a friendly, capable police officer. A lovely man, highly respected by officers and staff, and by the public, including suspects he arrested or dealt with in custody.

He was very well known locally and will be remembered so fondly in Croydon, as well as in the Met, the rugby world and as a regular visitor to The Metropolitan Police Hayes Sports Club or affectionately known as “The Warren”.

He leaves a partner and an adult son from a previous relationship. Our thoughts are with them.

The funds will be distributed in Matt’s memory, for his benefit. Our intention is to split the funds three ways between Matt’s partner, son and causes that were close to his heart.

The Warren will ensure there is appropriate governance of any funds donated.

I served in the Met Police for 36 years, mainly in South London, and retiring as a Commander. I have been the Chairman of Metropolitan Police RFC, for whom Matt played in the early ‘90s, probably as a ringer when he was at London Irish!! Robert Broadhurst OBE QPM