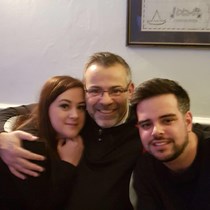 Weʼve raised £2,563 to To support Veterans who are homeless and living on the streets of Norfolk. 100% of funds raised will go to local charities & associations.

With an estimated 7,000 soldiers left to ROT on our streets: Help us raise the funds needed to provide immediate clothing & food to those veterans living on the streets of Norfolk.

THOUSANDS of war veterans are rotting on the streets of Britain because the Government is not adequately enforcing a law which states military heroes must be offered homes.

Homeless charities estimate there are about 7,000 ex-servicemen and women living rough and in desperate need of a roof over their head, and many of these are veterans who have returned to live in the Norfolk area.

The Armed Forces Covenant and Community Covenant were introduced in 2012 as a contract stating Britain’s war heroes should take priority when it comes to affordable housing – all 407 local authorities signed up to it. But they aren’t working. Too many local authorities simply pass the buck when it comes to affordable housing over to housing associations, but only 12 have signed the Covenant, meaning they have no obligation to help veterans at all.

A group of local veterans from the Royal Anglian Regiment, The Light Dragoons and the Royal Air Force are saying enough is enough and on the 3rd of February 2018 they will spend a night living rough on the streets of Norwich. Their aim is to highlight the fact that we have many veterans living on the streets of Norfolk who are being let down by local authorities and housing associations.

Each veteran taking part in the event will themselves be donating clothing, equipment and money to support local charities as they help the ever-increasing number of veterans being made homeless and we kindly ask you to support our plight by donating whatever money you can.