Weʼve raised £325 to Run The Distance To Make A Difference! 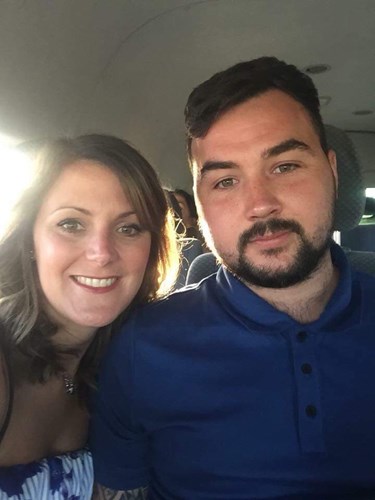 We write today with hopeful hearts, you may have already read her story, or you may have already heard but we ask you today to take a moment to read through the story of one of our brave and dear colleagues, we hope this story will help you keep going through the darkness and help you smile through the bad days should you find yourself or a loved one in a similar situation. As throughout all of what you are about to read Sammantha has remained strong and been an inspiration for everyone, motivating awareness campaigns and taking the time to reach out to others.

Set your mind back to April 2018 – that lovely summer yet to great us. Sammy and her husband Luke had some marvellous news, they were going to have their first baby, in time they came to learn they were going to have a baby girl to be due this coming December – a Christmas baby, like every child a true gift. Overjoyed with the news Sammy and Luke kept no secrets and were eager to share the news with family and friends. However there was a deeper story tell.. 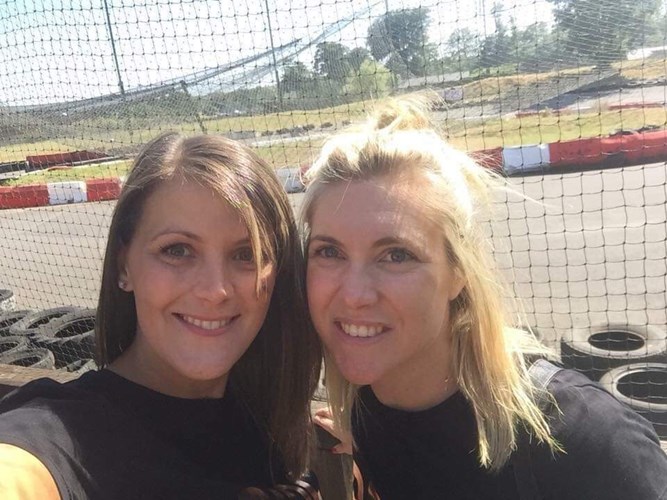 A week earlier Sammy had found a “small lump” in her breast, Sammy had convinced herself that this was due the pregnancy, thankfully both her husband and her mother insisted that she saw a Doctor. The GP referred her to the hospital as an “urgent” case there and then. Two weeks passed by…no appointment letter had arrived, its time to call the hospital to find out what was going on as let us remember the doctor classed this as an urgent case. After a conversation with the receptionist at the hospital Sammy was told that due to her being under thirty years old, her case had been downgraded to “non-urgent” and so she could be waiting for up to or even over eight weeks for an appointment.

After a medical practitioner has sent her case as “urgent” because Sammy didn’t fit in the generalisation of who should be urgent on paper she had to wait seven weeks for an appointment letter to come through to invite her for her ultrasound. Sammy was now nine weeks pregnant, when butterflies should have been fluttering due to the sight of a baby-grow Sammy was waiting for the ultra sound. At this point in time Sam had truly convinced herself it was an anomaly due to being pregnant. As the ultra sound was carried out and the lump located it was deemed as “suspicious” and our dear Sam was sent for a biopsy there and then.

One week later, no doubt one of the slowest weeks in Sam & Luke’s lives, now ten weeks pregnant and back in a doctor’s office awaiting the biopsy results. The doctor presented the findings – Sammantha was diagnosed with IDC – Invasive Ductal Carcinoma….Breast Cancer. Imagine that little doctor’s office, being 28 years old, pregnant with your first baby and presented with the “big C”.

The next step that day was to go and have a mammogram for they needed to ascertain if the Cancer was in one breast or was in the two. Furthermore, the doctor told Sam and Luke that there was going to be a lot to consider in the coming time with the main consideration being the baby. In order for Sam to have the treatments she needed, was she going to be able to continue with the pregnancy? We are all very thankful that the mammogram showed that there had been no spread of the cancer and there was no change in size of the lump since the last ultra sound.

Although there was no change to the lump, the lump was still cancerous and therefore Sammy was going to need to undergo surgery. Sam’s consultant went through the procedure of a lumpectomy and explained that radiotherapy would be required after surgery, Sam was given every reassurance that precautions will be taken, and adaptations made to the surgery and her treatment to do what was best for both “mum-to-be” and baby.

As the day of the surgery came around, Sam knew what the procedure was going to be and what to expect – cancerous cells and lymph nodes removed and then bed rest…..lots of bed rest. When Sam came out of surgery the nurses arranged for a visit from a midwife from the Antenatal unit to check baby was doing okay, this was when Sam got to hear her baby’s heartbeat for the first time a truly magical moment. Baby and mum were through the surgery.

At six months through the pregnancy Sam started chemotherapy, chemotherapy is extremely hard for anyone to endure, Sammy is enduring this whilst carrying a little life inside her body and she is doing this with amazing strength. At Sam’s second round of chemo, she noticed that she started to lose her hair, taking matters into her own hands in that brave way we have come to recognise, Sammy braved the shave and lost her hair on her terms. Her ever-loving husband also undertook the shaver and removed his hair too so as she never for a moment feels alone….Luke also made a bit of a pickle with his eyebrows too! Once baby is born Sammy will continue with chemo and move onto radiotherapy in time.

Sammy and Luke have a strength that we can all take inspiration from, they have tried to remain positive in the hardest of times and their little baby is going to have two wonderful role-models. They have remained strong, supportive and you can see the loving bond between them.

Sammantha will be going on maternity from November the first (having amazingly worked through a lot of this difficult time). Luke is self-employed and no doubt will need to take a fair bit of time to take care of both Sam and their gorgeous daughter in the months to come. We all wish for them to embrace family life and not have to worry about anything other than themselves, so we are hoping to gather a little fund to ease any financial stress in the coming months, allowing them to focus on parenthood and recovery.

May I thank you for your time today, In the interest of raising awareness, (which is why Sam shared her story in the first place) we also wish to remind you to be aware of the signs of cancer, you are never too young and never too old it can and will most likely touch us all at some stage, the sooner it is found and treated the better, do not be afraid to talk about cancer, do not be afraid to ask.

The race will start and finish at the home of the legendary Scarlets rugby team, Parc y Scarlets on 10th February 2019 - 9am 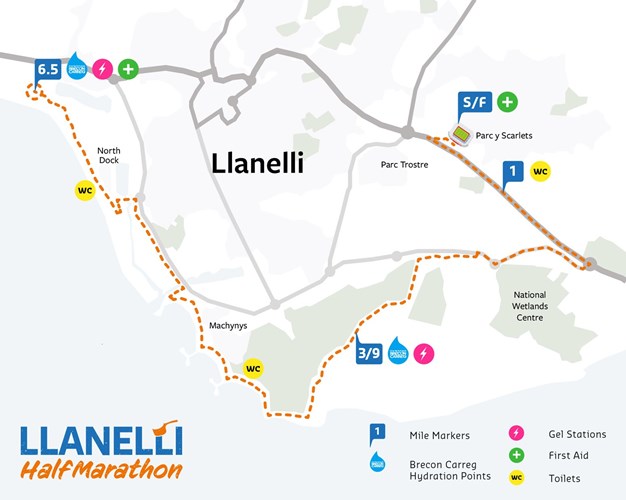