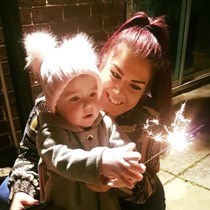 Weʼve raised £1,645 to Give my brother the send off he deserves!

As many of you know my brother sadly passed away suddenly on 10/10/2020. I was unable to get in touch with him so went to his house, I could hear his phone ringing through the letterbox but there was no answer. I called 999 and the police broke the door down, only to find him dead on the couch. The cause of death is unknown at this time and we are in waiting for a post-mortem this week.

I have had hundreds of messages from people who’s lives have been touched by my amazing brother and people asking to help with flowers, donations etc So i thought I’d set up a just giving page toward these costs.

My brother was battling his own deamons and has struggled with mental heath issues for years. No matter how low he was, he would always help others in need and put their needs first. He volunteered to help others ar The Ace Club which is a disco for special needs people and anyone who met him knew he was such a character.

My brother also had articles published in a book to help people with Anxiety and Depression , he talked about his own issues . Matty felt as though he didn’t get the help he needed from mental health teams and would often say he wanted to run his own group to help people with issues like himself.

He was the best brother and uncle to my little girl who he absolutely adored. I understand that not everyone will be able to come to the funeral as we’re limited to 29 people but if anyone would like to make a donation towards any costs, that would be gratefully appreciated.

My brother will now be at peace and will be laid to rest close to my Dad at Mayfields in Eastham.