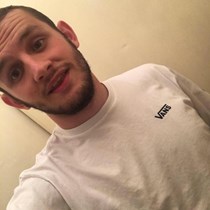 Weʼve raised £1,242 to PVFC Girls U14 are raising money for Crewe Alex U12 GK Ashton Hulme who has been diagnosed with bone cancer, we are running over 400 miles!

Health and medical
Funded on Sunday, 16th May 2021

Port Vale Under 14s Girls are hoping to raise £500 for a very special 12 year old Crewe Alexandra goalkeeper. Ashton Hulme was diagnosed with a rare form of bone cancer, Osteosarcoma which affects only 50 children in the UK every year. To those that don’t know Ashton, he lives for football, Stoke City and is an incredibly talented goalkeeper that is signed to Crewe Alexandra. He is an happy, energetic and incredibly caring young boy who leaves an impression on everyone he meets. Young and old. Although the diagnosis has been a huge blow to Ashton and his family, they are facing this battle in the only way they know, head on with positivity!

Ashton has started an intensive course of aggressive chemotherapy. His treatment will take plave in Stoke, London and Birmingham, meaning multiple trips to three hospitals for the care that he needs. For the next 12 months, his mum, Vicky has become his fulltine carer.

As a group if football players and staff, we can‘t even begin to imagine how Ashton and his family will be feeling. That is why we wre planning to raise money, to support Ashton through a journey that no 12 year old should have to go through.

Cancer has no colours, and is something that can affect all of our lives at any time. Lets stand together and show Ashton and his family lots of support through this difficult time.