Tresco and Bryher Base raised £690 from 36 supporters 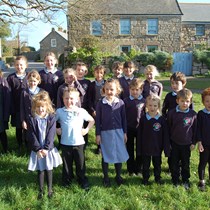 Tresco and Bryher Base

Weʼve raised £690 to support the Isles of Scilly Medical Launch

In October the children of Tresco and Bryher School will be completing a sponsored walk around St. Martin’s to raise money for the Isles of Scilly Medical Launch Trust which is a vital service for our islands. Your support would be greatly appreciated!

Read more about the local charity the children chose below:

The Medical Launch is now entering its 26th year of service and was established (in furtherance of health and the relief of poverty, distress and sickness) amongst the community of the Isles of Scilly in order to provide a means of transport, enabling individuals such as doctors, clergymen, police, teachers, officials of the local authority and school children to better serve the off-island committees in the Isles of Scilly.

Since its inception the use of the medical launch has evolved. Although from the beginning, as the name suggests and the original trust deed indicates, the launch’s role was mainly for medical services, this has become its sole function. Increasing use by medical personnel (such as taking doctors to off-islands for both routine surgeries and in emergencies, routine visits by the district nurse, health visitor, mid wives and patient transport) together with the other services acquiring their own transport has led to today’s truly "medical" launch.

Tresco and Bryher Base started crowdfunding

Tresco and Bryher Base

There are 19 children at Tresco and Bryher School and we are working together to raise money to help others.