Megan is 18 years old who suffers from type two CRPS, Complex Regional Pain Syndrome, in her left leg and was developed shortly after a car crash in october 2014. This causes excruciating pain every second of every day causing megan unable to use crutches and to be wheelchair bond. Because of the physcial pain Megan has decided to go through the process of having her left leg amoutated to help reduce the pain she is constantly in. After, megans amputation meg will need a specialised wheelchair to help her get around as she is unable to have a prosthetic leg she will be relying on the wheelchair to get around.

CRPS is caused after an injury to nerves which means anyone of any age is able to develop CRPS after an injury as small as a sprain to a limb. CRPS is known as the most painful condtion and shown on the mcgill pain scale at 46.5/50. CRPS currently has no cure and no permanent treatments that work with every CRPS sufferer. CRPS is very hard to diagonise and can take years for a confrimed diagnosis, this is because every person who suffers with CRPS experience different signs and symptoms as well as reacting differently to different treatments no CRPS sufferer have both the same symptoms and reactions to treatments. Every sufferer is differerent! CRPS can spread throughout the body and in some cases cause internal organs to shut down however, sufferers don’t normally get this far due to the alarming suicide rates. 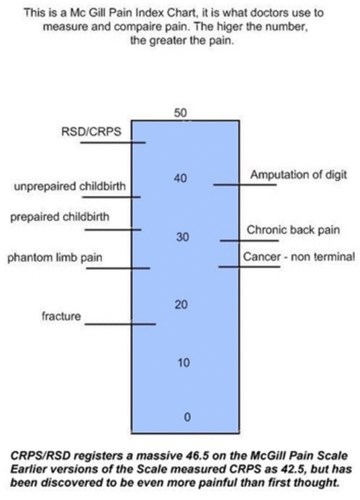 CRPS goes by many names but is most commanly known as the suicides disease, this is because of the extreme pain CRPS sufferers tend to take their own life. CRPS is the most common disease that causes sufferers to take their life becuause the pain is too much to handle.

Please help Megan and her family by raising miney to go towards her wheelchair fund. Not inly will the funds be going to Megans wheelchair but half of the donations will be sent off to a charity called Burning Nights that help raise CRPS awareness, support both CRPS sufferer’s and their families and also use donations to try and find treatments and a cure for CRPS.