Weʼve raised £13,664 to defend the right to protest and FREE THE MBR BEAGLES!

UPDATE 17:46 13/09: It would be beyond an understatement to say how truly touched we are by the generous support we have recieved. In twenty-four hours we have reached over 20% of our total! Please keep sharing the campaign amongst your friends, groups and social networks. Every donation is sincerely appreciated, no matter how big or small. We know that MBR Acres and the police have money to burn in trying to end our protest, and that our support is coming from normal people: mums, dads & working families, retirees, animal lovers, students, zero-hours or low waged etc. Together, we have the power to win this fight. Every contribution to the campaign, whether a donation here, a letter written to a newspaper or MP, a demonstration attended, poster stuck up, leaflet given out - is warmly welcomed and everybody has their part to play! 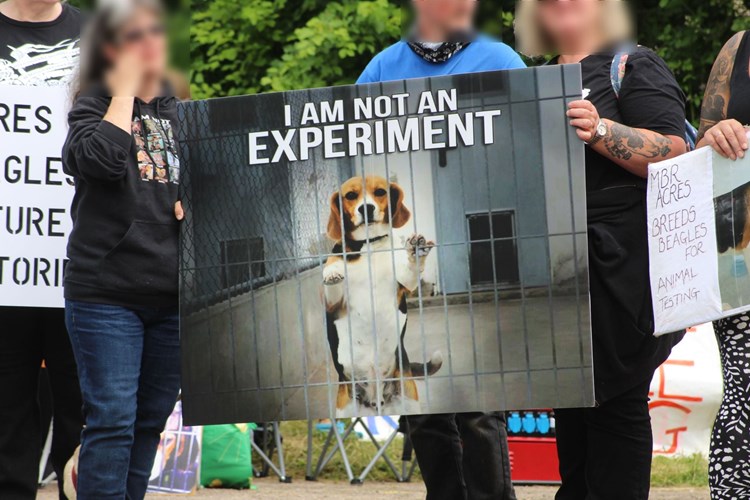 My name is Mel Broughton and for forty years I have campaigned for the fundamental and intrinsic rights of animals. Now, I am being taken to the High Court in London under civil injunction by the company MBR Acres because of my legitimate protest against their business.

MBR Acres is an American transnational that breeds animals for use and abuse in laboratories worldwide. Their site in Huntingdon, Cambridgeshire operates as a puppy farm, supplying beagle puppies to laboratories across the country when they reach the age of only sixteen weeks. Once the dogs arrive at the labs, they are used in toxicology experiments for the benefits of the Petro and Agro-chemical industries. Their respiratory systems will be flooded with pesticides, they will be forced to ingest toxic chemicals, and deliberately induced with heart attacks – before being killed and dissected. It has been estimated that MBR Acres supplies up to 2000 beagles puppies a year. Meaning it is responsible for 50% of all dogs murdered in laboratories every year.

This shameful but highly profitable business has been operating in the anonymity of the Cambridgeshire countryside since the 1960s. Behind secrecy, razor-wire and dummy buildings, puppies are raised in barren, sterile pens. After these horrendous conditions were exposed in the national press, my fellow campaigners and I have camped outside the farm, maintaining a lively but peaceful vigil, in honour of the animals and the fate they await, bringing attention and publicity to precisely the nature of MBR Acres´ business. It is this very scrutiny by members of the public that MBR wants to stop. Despite our protest complying with criminal law, MBR Acres has employed the services of lawyer, to take us to court on the 4th October with an aim to stopping our protest under civil law. 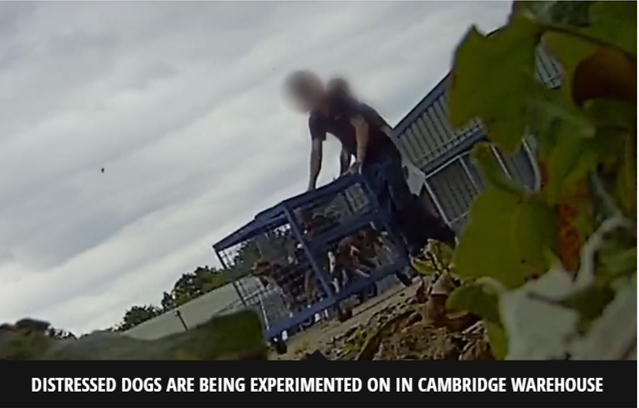 I am prepared to stand up in the High Court on 4th October and not only speak on behalf of those beagles imprisoned at MBR, but defend our fundamental right to protest injustice. But I cannot do this alone, this is where I need you help. Even though I am confident of speaking truth and justice to power, I will still need to employ the professional services of a barrister, and it is exclusively for this reason and costs associated I am asking for your donations. Really, it is a David & Goliath struggle - with me and my fellow activists on one side and the vested interests of the pharmaceutical industry, law and order and big business on the other. Your donations and support will insure that I am not alone and have professional legal guidance. Please support me to ensure that I, and those dogs, get our day in court!

N.B: Whilst I am due in court on the 4th, JustGiving´s terms and conditions state that any crowdfunding campaign must run for a minimum of 30 days. 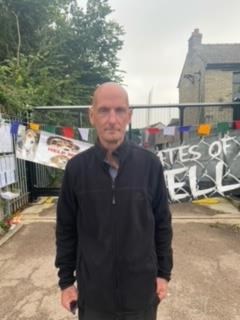 More about Mel: Mel is an dedicated grass roots animal rights campaigner of many decades. Amongst his many activities in helping the animals, he has defended the rights of animals in court since the 1980s. He was most prominently involved in the Speak Campaign, the semi-successful campaign against Oxford University and its construction of a primate torture centre. During this campaign he helped fight the legal battle against the civil liberty threatening injunctions and debated on primetime BBC programmes.

In his spare time he has studied sociology and humanities and not only has an acute understanding of the philosophical arguments around animal rights and the law, but also solid ideas about how to change society for the better. This knowledge, combined with; decades of experience on the front lines of the struggle for animal liberation and his passion for the cause make him, one of the most acute and articulate voices the animals have.