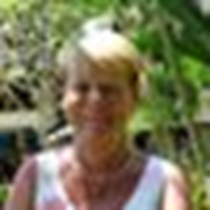 Wellington 'Wellie', is my 8 year old golden retriever. When he was 2, he had an accident, which caused damage to the ligaments in his left paw. He had an operation to fuse the bones in his paw. Unfortunately after 6 months the operation had failed, and so he had his second operation to fuse his paw and his wrist. He had a bone graft and a metal plate down his forearm with 9 screws. These two operations were covered by his pet insurance. Sadly 3 days after his surgery he developed a horrible infection, which ultimately developed into osteomyelitis (infection in the bone) He had multiple gaping sores all over his paw, which I dressed daily for 9 weeks. He remained stoic throughout, and allowed me to dress and bandage his wounds every day without complaint. I took over his dressings, because by now, we had run out of insurance money. He was on antibiotics for a year to keep the bugs at bay. A year after his 2nd operation they were finally able to remove the metalwork, which was harbouring the bugs. All seemed fine, until 3 months later he became very poorly again with a high temperature and swollen leg. I then discovered a broken screw had been left in place, and this had resulted in a recurrence of his infection. This meant a fourth operation to locate and remove the final screw. He then had a fairly prolonged good spell, before he injured his paw out walking one day. Because his leg is rigid, he is unable to flex his paw, as a result he has a very abnormal gait. He scuffs his middle toenails, and ultimately in April this year the decision was made to remove the 3rd toenail. After 4 months the wound still hadn't healed. 2 weeks ago he had more surgery at SCVS to amputate the whole toe. Once again the wound has broken down and become infected. He is having daily dressings under sedation, and yet he remains my gentle giant, who never complains. His on-going costs are financially crippling me, and have reached around £13,000, but, will do anything to keep him on 4 legs

I work for the NHS, and live with my 6 dogs. 4 golden retrievers and 2 cockapoos. When I was forced to give up all of my sporting activities, my life was suddenly very empty. My dogs have completely transformed my life, and I cannot imagine a life without them.