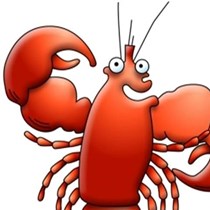 Staff at Anglesey Sea Zoo were surprised on Saturday afternoon (12th November), when a member of the public reported that a sea turtle had stranded on the Tan-Y-Foel beach on the Menai Strait, at the bottom of the Sea Zoo drive in Brynsiencyn. The turtle was still alive, and staff successfully rescued the turtle from the beach.

We have now had confirmation from numerous experts that she is an Olive Ridley turtle, and as such the first of her kind ever recorded in Great Britain or Ireland. Olive Ridley turtles are normally found in tropical waters around the Pacific and Indian Oceans. So the turtle named "Menai" is a long way from home!

Menai is being carefully rehabilitated behind the scenes at Anglesey Sea Zoo. She is showing signs of recovery, and appears to be growing stronger. We are still cautious but it's looking more and more promising not only that she will survive, but that she will be rehabilitated and hopefully released back abroad. We are now able to take DNA samples, which we hope will show us where she's from.

Anglesey Sea Zoo are grateful to have received a large amount of support already from local and national organisations and individuals. International Aqua-Tech in Gaerwen and Seiont Research in Caernarfon have been kind enough to assist in supplying life support and filtration systems, which are vital for Menai’s ongoing recovery and rehabilitation. We'd also like to thank Greendale Veterinary Diagnostics for their assistance with the blood analysis and Bodrwnsiwn Vets for Menai's treatment.

We are looking to raise money to cover Menai's ongoing veterinary care and rehabilitation, her food, and the costs involved in flying her abroad for further recovery and hopefully her eventual release into the wild.