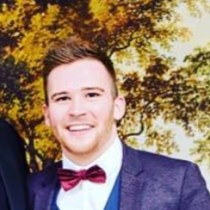 Weʼve raised £3,000 to help fund a new amateur football team that will look to give men a platform to talk about their mental health.

We are an Edinburgh football club that is looking to begin to play in the Lothian and Edinburgh Amateur Football Association in the 2019-2020 season.

The focus of the club is to create an environment where young men can speak openly about mental health whilst enjoying playing football with friends. They do not have to have a mental illness to join the team however they have to be willing to create an environment where they can allow their teammates or themselves to speak freely about mental health. The club will not pressure anyone into speaking about their emotions but it does want to help change society by giving young men a platform to feel they can speak freely about their issues.

The club has been inspired by a loss of a close friend who died from suffering from depression. Since mental health amongst men in the Scotland is a stigmatised subject and sports is away for men to express their emotions, we want to use this tool to channel men’s feelings. We also hope that we can make a further impact within the league to support a wider audience and slowly change the local community and Scotland’s perception. Thus building a stronger community and country.

We are looking for funding to help the football club. The costs for the clubs season would consist of the rental of pitches and payments of referees for the season contributing to £1700. Funding our football club infrastructure including football kits and equipment which would be a total cost of £800. Finally £500 for the league administration costs which include insurances and organisation of the league costs. If you could help support us with this in anyway it would be greatly. Your help can help change Scotlands issue on mental health through sport.