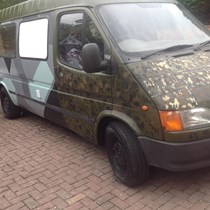 Weʼre raising £444 to A very big thank you to all our supporters, donators, and sponsors, The banger has made it ! now to the painting camouflage. 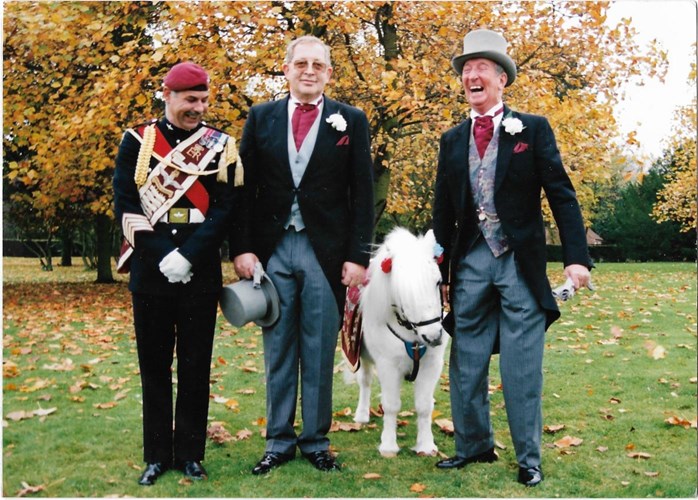 I am often asked why I have spent so much time raising funds for military charities, especially Combat Stress, my brother was a Royal Marine Commando, we were always jibbing each other about the merits of our units but always remained close, he saw active service in Aden, Cyprus, and Northern Ireland, on my visits home I found a different person reserved one minute, and angry the next, he had begun to drink and his marriage had finally broken down, he then moved away, I had decided to stop communicating with him, thinking he would eventually sort himself out. A year later he was dead, it was only then I learnt that his mental condition was due to PTSD. I am sorry Brother something in Ireland had had such a terrible effect on you, and we disowned you, I cant wind the clock back, but for you and all who suffer Mental Stress I will be there. This is a Non profit appeal

Former Para Mike has been active for many years raising funds for Charities from saving Church Towers, and of course Military ones, South Atlantic Fund, RBL, SSAFA, and most recently Combat Stress, this is his "Last Throw of the Dice" This is a Non Profit Appeal