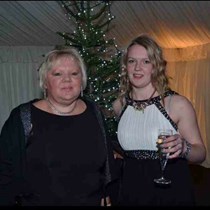 Weʼve raised £1,080 to Help Bernie's Traumatic Journey be complete with a trip of a lifetime

I'm setting up this just giving page for my amazingly strong mum. She has always wanted to go on a cruise and this will be the last chance for her to fulfill one of her dreams. At the moment it just seems to be one thing after the other and she received more bad news this week.

My mum first got diagnosed with breast cancer in 2010. She had to have her right breast removed and all of her lymph nodes removed on that side. The treatment she received was chemotherapy and radiotherapy. After eight months treatment she got the all clear.

Then in 2014, we go the awful news that the cancer was back and she had new lumps as well as secondary lumps. Her cancer is terminal as it can't be cured. She now has cancer in her bones,lungs,chest wall and liver.

In December 2016, the cancer had spread to her jaw and caused her to lose several teeth. In march 2017 her MRI results showed a shadow on her brain, but her consultant's are not sure whether this is cancer.
Since then she has been on Chemotherapy tablets.
In June she broke her collarbone and dislocated her shoulder, as her bones are now brittle due to the treatment she's on.

In July she went for her yearly diabetic eye check, where she was told that she has gone completely blind in her left eye.

My mum is the strongest person I know and will fight everything that is thrown at her with a big smile on her face. But this last month has been hard and she has been really Ill, In hospital and having hospice care.

She recently (sept) recived more news while being bed bound, that cancer has spread into her humorous(arm) which is causing servere pain. Unfortunatly her cancers never going to get any better but the doctors are keeping her pain down.

Please help me raise money and give Bernie and family a holiday that will give them a respite and share special time together.

I've set up this page to help my mum fulfill her dreams and as this will be her last trip I want it to be extra special and for her to see that not only we care so much and love her dearly, but to see that there's others out there that care too.