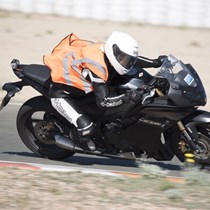 Weʼve raised £9,332 to help Michelle Davey (nee Avenell), who is unable to work due to bowel and liver cancer.

There is never a good time to hear the dreaded 'c' word but hearing it when you have just given birth to your first child, has to be the worst time ever.

After a difficult pregnancy and birth, Michelle was diagnosed with bowel and liver cancer. She's had her first major operation to remove the whole of her colon and is now undergoing chemotherapy.

The last few months have been incredibly difficult, not just for Michelle, but for her husband who has not only had the worry for his wife but has had the fastest learning curve of his life looking after their son!

They are dealing with it all so well, but there is a long road ahead and there are some inevitable practicalities that need to be met...money being one of them.

Having taken a long time off work, Phil has just had to go back so on top of normal household bills and mortgage there is now childcare to be paid for as well as Michelle is unable to even pick up her son. Michelle is self employed so isn't earning (other than basic maternity pay which is soon to end) and has a physical job as a massage therapist. With the loss of core control, the physical effects of chemo, and living with a stoma even once all the treatment is over there will be a lot of rehabilitation to go through before she is able to return to work. Not to mention the added financial implications of petrol/parking with the regular trips to various hospitals for treatments in the meantime.

Michelle would NEVER ask for money, but she has given me permission to set up this page so that myself and others, have a safe place to donate.

So, here it is....Michelle's just giving page. Share it where you can.
The figure I've set is arbitrary. Please give what you can and let's see if we can't make this fight just a little easier.