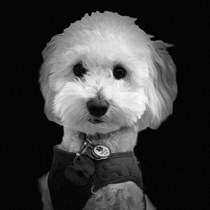 Weʼve raised £2,364 to help Mick Bonser achieve his final 'Bucket List'. Mick, 54, has terminal Alzheimer's and has only a short time to fulfil his dreams

Mick was diagnosed with terminal Alzheimer's in 2018 following a spate of grand mal epileptic seizures. Over the last 3 years, Mick's condition, as you would expect with Alzheimer's, has deteriorated rapidly. Whilst his life prognosis is (with Alzheimer's expectancy) 8 years, in those 8 years he will be very quickly limited to what he can and cannot do both mentally and physically. To be diagnosed with a disease that is normally associated with senior adults was devastating for Mick and his family, and has turned their lives on a sixpence. The daily challenges that the disease brings, not only for Mick, but for his family and his carers is extremely challenging. To add to the limitations of the disease Mick, realistically, only has 12-18 months to fulfil his lifelong dreams and create memories with and for his family.

Mick plays a big part in Vicky McClure's Dementia Choir and both he and his wife Karen contribute to the running of the Choir and raise funds for the members and the ongoing objective of supporting those living with dementia with the power of music. You can follow their story on BBC i Player. Being part of the Choir is a big part of his 'Bucket List' with the performances, the lifelong friendships and the support they give to every family involved. With this in mind, a percentage of donations made from this fundraising will be donated to the choir at Mick's request.

As the current care system and medical research for all of those living with Alzheimer's is not in line with some other life limiting diseases, there is sadly no cure at present. In addition to that, the care for those living living with the disease is often left to families with limited support from social care and the NHS. Therefore, Mick's wife, Karen has been forced to take early retirement at age 55 to enable him to live at home and be cared for, as there is no other suitable care for him at present, due to his young age.

Over the next year, Karen and the team of carers, friends and family she has around her will be planning to help Mick achieve his, somewhat modest, 'Bucket List', in addition to helping him raise funds for the Dementia Choir. The list is not extensive, but the plans would benefit from support due to the timeframe that it needs to be completed and within the constraints Mick has been given.

Here are the things we have planned or are in the process of planning:

Yacht sailing on Windermere with a personal gourmet meal cooked by the Skipper! - This is something Karen and Mick did on their honeymoon and Mick wants to relive the moment!

Shark Fishing - Mick loves his fishing and has always wanted to catch a shark - so off to Wales he is going to see if he can bring one in !

Abseiling - Mick wants to abseil down a famous building. Karen is adamant this one is not for her - so it is planned that Vicky McClure will be doing this with him as part of the next series of Our Dementia Choir.

Finally, over the years, Mick promised Karen he would take her on a River Cruise when they retired. So, with Mick's input Karen and Mick's carers are starting to plan this with (for) him, as their retirement plans they actually wanted have now gone out of the window, and this will be the holiday he had dreamed of creating.

Obviously, COVID restrictions and lockdowns, alongside the time limit Mick has, does not help to spread this bucket list over a long period, and so we are in a race against time to ensure that he can safely carry out his dreams and enjoy them to the best of his ability.

We hope you feel you are able to contribute and support Mick on his adventures and follow his last journey fulfilling his final dreams.