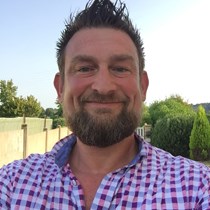 Weʼve raised £555 to Build a Custom Motorcycle for MIND

Naked Speed will be building a custom motorcycle this year which will be auctioned (event TBC) once complete with all proceeds going to the charity MIND.

We’re looking for any companies who might like to get involved, from funding some of the build to donating parts. We’re also looking for anyone who has an old bike which could be used as a donor, and/or some parts they would like to see go to a worthy cause. We understand that not everyone has parts or a motorcycle but would still like to be involved. With some funding we’re able to purchase items to complete the build, any funds left over will also go to the Charity.

Already we have received some amazing messages and pledges of work, to top this off we now have a great team from a production company specialising in branded content, short films and documentaries involved.

We will be creating a blog where you can watch the progress and be involved, and of course all the amazing people and companies involved will be mentioned and promoted accordingly. And of course, the movie / documentary will also be produced.

In terms of the venue, we’re waiting on various companies to respond. The auction will be sealed bids, a box provided at the show and also available online.

I’m a serious petrol head and if anything, it’s an understatement, I eat, sleep and dream everything mechanical, it’s in my blood. From a young age I was placed on a little single gear motorbike and off I went, there was no going back, it was my passion from that moment forward.