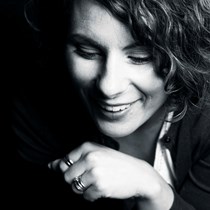 Bolton, United Kingdom
In memory
Funded on Saturday, 21st May 2016

His battle with cancer had been long, but the ending was sudden and quite difficult to take in.

Since his diagnosis, we had helped to raise thousands of pounds for charities which we thought might be there to help us one day, but in the event they weren't.

When David Bowie died, Phil (a big fan, but already a terminal cancer patient himself) remarked that it wasn't actually a "tragedy" for a man aged 60+ to die safe and warm surrounded by loved ones, after a long and happy life and career. We all recognised the sadness for us as a family, but he was adamant that there were greater tragedies in the world needing more urgent attention: the refugee crisis, homelessness, poverty, and so on. He said everyone had to die of something, and knew that cancer wasn't a punishment. That's not to say he wanted to die... he fought it bravely right up until the end.

Phil was incredibly generous and would always help others as best he could. He was a great believer in giving people a leg up when they needed it. He spent well, travelled well, lived well, and enjoyed seeing other people enjoy the fruits of his hard work.

We have decided therefore to raise money in his name, to go directly to people in need right now. Phil was a friend and supporter of the team at Emmaus Bolton, and believed strongly in their philosophy of "Working to Live and Give." They have kindly agreed to put any money we raise directly into their Solidarity Fund, which will be spent on supplies for refugees, homeless people within Greater Manchester, and others who they feel would benefit. Every penny will go to people who need it... not into merchandise bearing charity logos.

They will report back and let us know how they've spent the money.

We hope you'll help to honour Phil's memory by supporting this important cause.