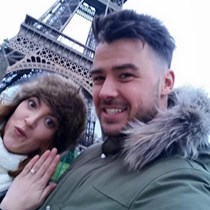 Weʼve raised £26,480 to support the fiancée of a footballer who went out to play the game he loved and didn't come home.

You’re 28 years old, you have been lucky enough to meet and fall in love with your soul mate, it’s almost a year to the day you got engaged, you’ve booked your wedding and you’re planning the rest of your life together. Then your future husband, the man you love, loses his life with no warning and your heart breaks forever. While you grieve for the person you thought you would spend the rest of your life with, you are faced with the added stress of keeping a roof over your head, because he was refused life insurance.

Sounds like the stuff of nightmares, but this is real life for Laura.

In 2014, Mitchell & Laura got the keys to their first home an exciting time for anyone, but during the process Mitchell was refused life insurance because of a heart murmur that was discovered in 2011 following a trip to A&E for what he thought was a broken rib.

There was no reason for him to suspect this, he was fit and healthy, and a passionate football player, and following an operation on an aortic valve replacement, he even signed up to cycle from Paris to Swansea for the Paul Popham Fund, so having life insurance was the least of his problems.

On January 13th Mitchell woke up to just another Saturday filled with the promise of enjoying the sport he loved. Laura made him breakfast and they relaxed on the sofa before she wished him good luck for his game and they kissed each other goodbye, for what they didn’t know would be the very last time.

There were no warning signs, nothing that would suggest that this nightmare was about to unfold. 30 minutes into St Joseph’s vs Malsters Sports, Mitchell collapsed and the emergency services were called while players and spectators performed CPR. From that moment on Laura’s life would change forever.

Laura was called by one of Mitchell’s closest friends Jordan Bija and when she arrived, she rushed onto the playing fields in the mud and rain where she found the Welsh Ambulance Service and Wales Air Ambulance in attendance working desperately to save Mitchell’s life. Something no-one should have to witness.

The football teams stood still in silence in the pouring rain whilst they watched this awful scene unfold. Life seemed to stand still, everything happened in slow motion. An unbelievable scene. Mitchell was then transferred to Morriston Hospital, where it he received 30 defibrillator shocks.

He was worked on for over two hours by doctors, then was transferred to intensive care but it was eventually, all in vain, Laura and Mitchell’s family had no choice but to let him go.

“In my 28 years of nursing I have never seen all the stops pulled out to save someone’s life - Staff Nurse, Morriston Hospital”

In the hours and days following this horrific tragedy, messages of condolence, support and tributes to this incredible man came flooding in across all forms of social media. There has been online auctions, raffles and fundraising evenings already organised and the support has been overwhelming. Truly a much loved and respect individual, a friend to all he knew.

And while we are grateful for all these donations, there has to be a target for us to achieve. That is why we want to raise £60,000 to help pay off Mitchell & Laura’s mortgage, something which would have been sorted if his life insurance policy was accepted. We realise this sounds ambitious, but we’ve already seen an unimaginable amount of donations and all we need is 2000 people, that’s less that 1% of the population of Swansea to donate just £30 (the cost of a trip to the cinema, or a take away – something Laura and Mitchell will never be able to do). This will change Laura’s future forever and be a lasting legacy for Mitchell and his family.

For such a young man to touch so many peoples lives across his home city of Swansea is without doubt both heartwarming and a testament to his beautiful personality and a legacy that will live on forever in our memories.

We’ll leave you with the moment Mitchell proposed to Laura in Paris, we can’t make her dream of marrying the man she loved come true. But we can ensure she doesn’t have to suffer even more than she already has 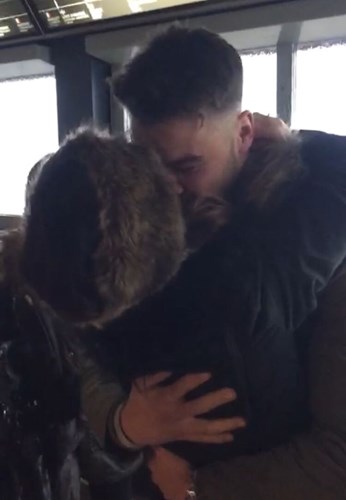