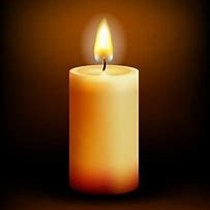 Weʼve raised £7,500 to - In memory of Munib, a five-year-old boy who fled from the Taliban but tragically died after a fall from his hotel.

Mohammed Munib Majeedi, the son of our friend and colleague, fell to his death from a hotel window in Sheffield. He was an Afghan refugee who had been in the country for a matter of days after fleeing from the Taliban with his family.

His father previously worked with both IRARA Afghanistan and the British Embassy in Kabul. He had accepted safe passage to bring his family away from the violence to the UK and begin their new lives.

Prior to the withdrawal of the allied forces from Afghanistan, the Majeedi family had dedicated their lives to helping others by supporting people who had returned to Afghanistan to rebuild their lives. Munib's father has worked for many years, providing humanitarian aid and supporting displaced persons on behalf of the British Government and Non-profit organisations in Afghanistan.

This appeal is to help raise money for Munib’s family and the proceeds will be given to support his parents and siblings as they try to recover from this terrible tragedy.

All proceedings will be given to the family.