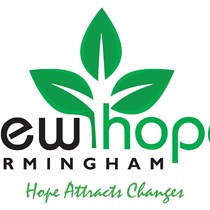 The Rohingya people are a mostly Muslim minority in the majority Buddhist Rakhine state, Myanmar. They face persecution from the Myanmar security forces who say they are illegal immigrants despite living in the region for years. Secretary General of the United Nations, Antonio Guterres has labelled the situation 'catastrophic'.

The escalating humanitarian situation has been compounded by the inability of aid agencies to deliver help to those who need it most. This is caused by a lack of co-ordination and the stringent regulations placed upon them in Bangladesh.

The knock-on effect of this is a growing refugee crisis in south-east Bangladesh with approximately 400,000 displaced Rohingya refugees entering the country from neighbouring Myanmar. We at New Hope are seeking funding for a project that would provide short term assistance to refugee children (around 1300 are thought to be orphans) in Bangladesh with the long term aim of returning to their country of birth.

Mr. Mohammed Foiz Uddin MBE is a community activist who is presently leading a charity called New Hope Birmingham. He was honoured as Member of the Order of the British Empire (MBE) by Her Majesty the Queen for his huge contribution to community cohesion.