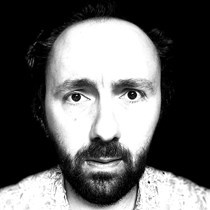 Like so many industries, the COVID-19 pandemic has thrown live events into crisis. Suddenly, the future of venues & gigs looks worryingly unsustainable. Sadly, that's the case for Hitchin Mostly Comedy too.

Glyn and I run the club as a pair of self-employed performers on a low income. As it stands, Mostly usually makes just enough money to sustain each consecutive event and our running costs as they come, but its survival relies on (1) the gigs going ahead, and (2) our taking little or no money from it. For nearly thirteen years we've run the club double-handed, largely unpaid, and no-one who's graced the club - from Phill Jupitus to Harry Hill to Katherine Ryan to Jack Dee - would have visited Hitchin without us committing our time and energy for almost nothing. And when the money isn't there, we plug the gap.

Now we have a problem.

Until our forthcoming dates can definitely go ahead, the club has no income. Meanwhile, all our running costs except for act fees keep going out (so public liability insurance, venue hire, office/storage rent & utility bills, web renewal, mailing list service etc).

Due to a quiet start to 2020, I'd already lent the club £2132 of my own money before March and contributed to cashflow too. Until it's safe for our shows to go ahead, this figure will keep mounting up, and it's not sustainable. Since closing our doors due to the virus in March 2020, we've been recording live podcast interviews via Zoom to keep some momentum going, but these barely cover their own cost.

Mostly Comedy's had a wonderful history and gone from strength to strength, but it's a labour of love more than a money-making venture; we'd hate for it to fold because of this.

Anything you can give will go toward plugging the gap left by the missing income for a few months and buy us some time. If you've been to one (or many) of nearly two hundred shows since 2008 and enjoyed it, you'd be helping us out. And before long, we'll be back provoking laughter again; the way things are now, I think we'll need it!

We hate asking for money, but anything you can give will be greatly appreciated.

David (on behalf of Doggett & Ephgrave)

See below for our 2019 roll call, closely followed by a few more acts who've also appeared at the club (photos by Gemma Poole) 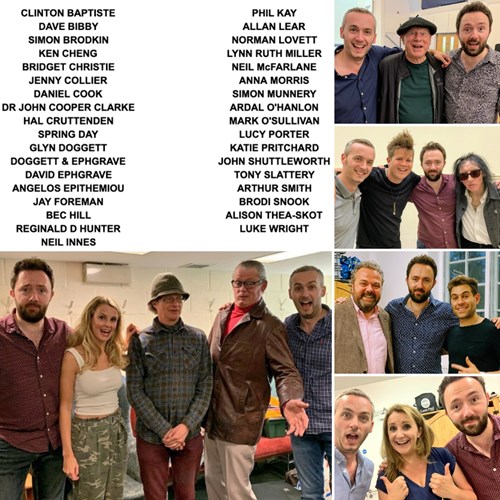 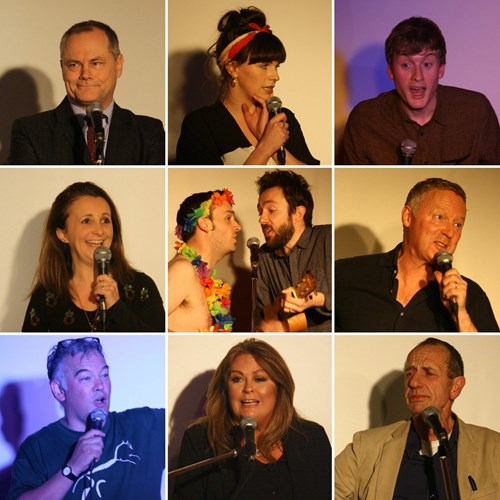 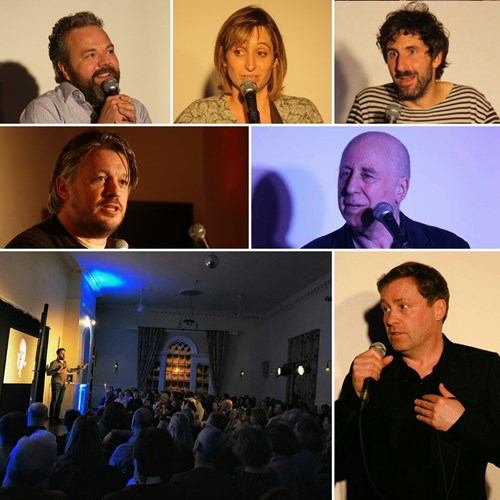