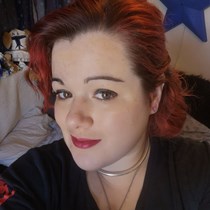 He is a 2 and a half year old male moggie, who came up to our door a year ago, after living stray for around six months. 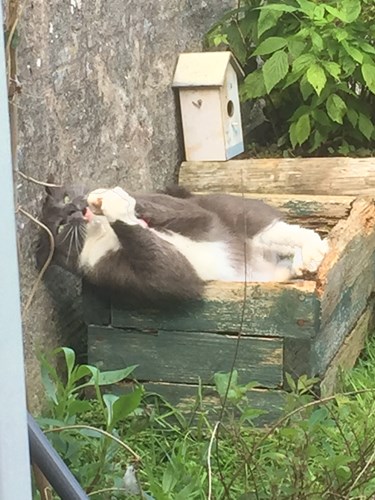 He lived on our porch for a month before his loving ways and soft nature won his way into our home and into our hearts. 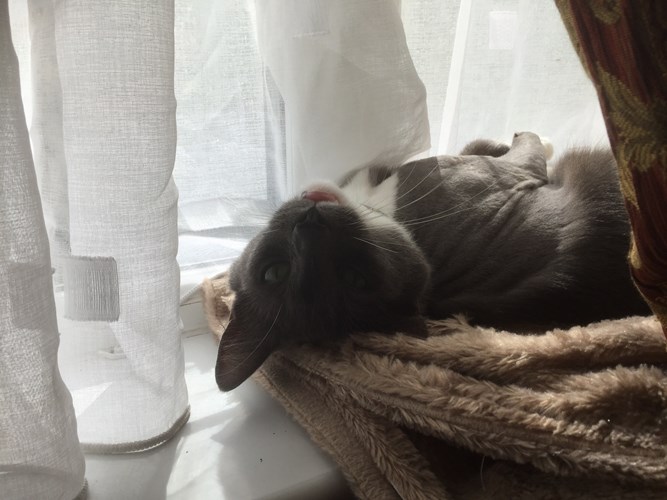 When we first met him he was skin and bones, hardly recognizable as the cat he is now. Still incredibly affectionate despite his nerves he had decided we were his new home and he wasn't giving up. As Winter came around we decided we couldn't let him stay outside and we adopted him properly. Our other cat Scarlet nervous of the newcomer soon warmed to him as he came inside. 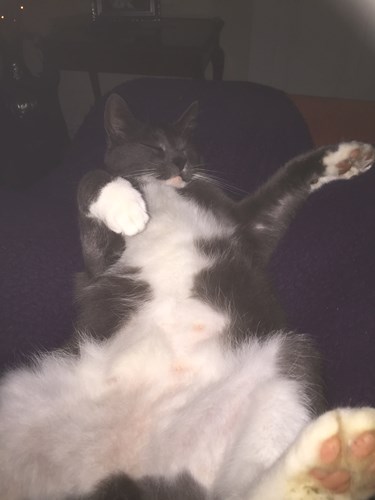 Things were going well for him as he quickly put on weight and ate constantly, hence earning him the name Motu Motu. Settling into the house comfortably, seemed he was set, But we decided we should try and find his original home, see if someone was missing him. After a few months of searching, to no Avail, we eventually decided this was his home. 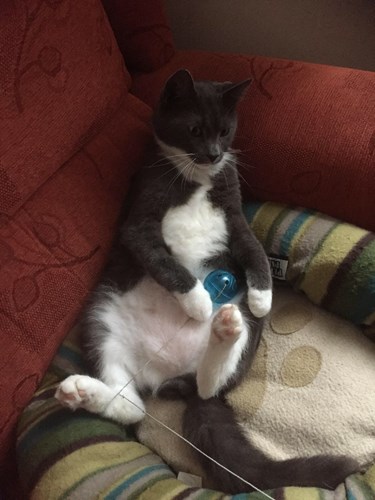 But it wasn't going to last, about eight months after he joined our home tragedy struck. On one of his adventures out in the area he was caught by a cat trap in a garden down the street. A cat in the area had been stealing fish from a pond down the road, so they placed a load of traps around their garden, Motu Motu had been passing through or just watching the fish and was snared by one of the traps. Breaking two bones in his leg. The radius and Ulna, the human equivalent of the wrist. 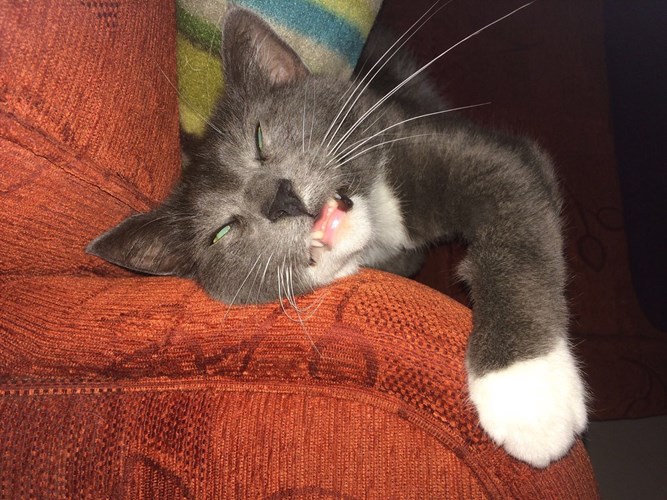 Forcing him to go into four separate surgeries in three days, manipulating the leg back into place. Keeping him heavily sedated and medicated whilst the vet worked. They put his leg in a cast, and warned us that this was not a guaranteed thing, But we didn't care, he was part of our family and we would do whatever it takes to save his leg. 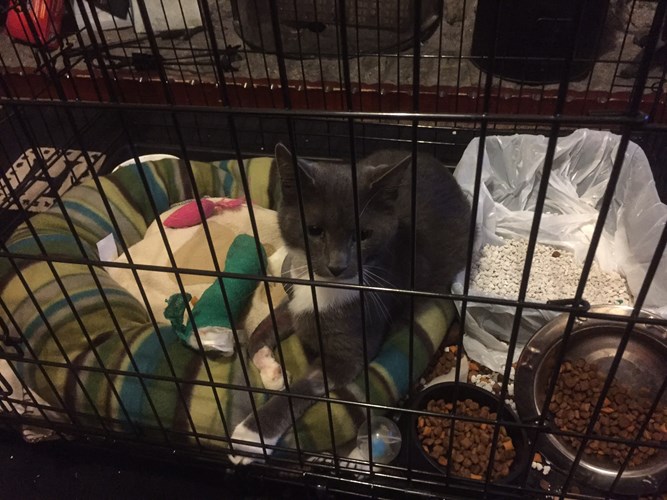 The owner of the traps is taking no responsibility and we have had to pay all the vet fee's from our own pocket. Which has cost us over £3000 so far, with more still left to pay. He is still on ongoing medication, and another vet appointment in a month to check on his leg. We are hoping it is good news, but the outcome is still unknown. He has a severe limp and struggles being confined to the one room.. 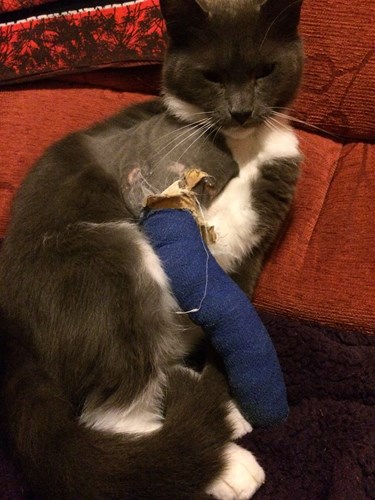 Between the surgeries, his recovery, his medication and all the other bills it has drained us dry. We have even rented out our spare room, taking in a lodger to help pay for his vet bills. But we are running out, we have little more that we can do. We will still fight to keep his leg but we have already run up all our credit, we may still have to have it removed. We haven't given up but we are running out of options. 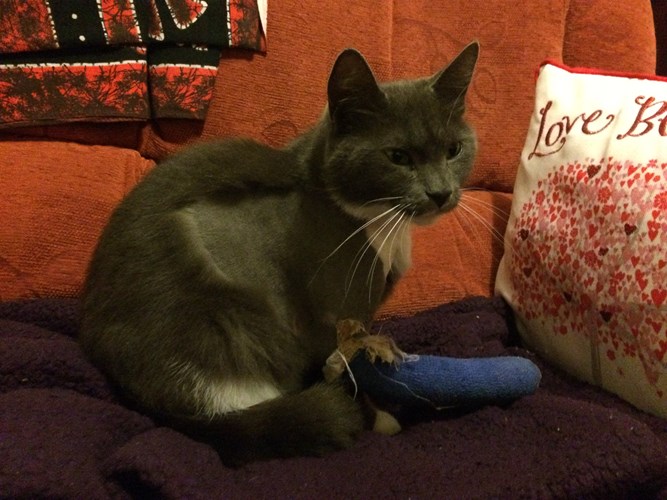 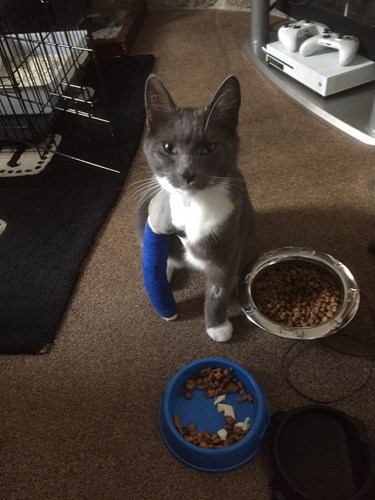 If you want more information about his surgeries/medication or anything more, Please just message, I am never sure what to write in these things.

(Written on behalf of Tom and Vinay Motu Motu's owners.)

Motu Motu is owned by Tom and Vinay in Cornwall. Tom is a Nurse at the local hospital, working nights in the ER there. Vinay is a pharmacy assistant there too.