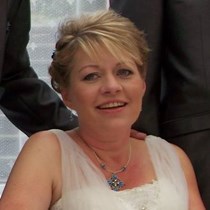 Weʼve raised £5,440 to Help Mike Turner, who is recovering from serious complications after an op. To keep his business dreams alive & to offer his family support.

Mike has raised the bar when it comes to networking, creating connections & promoting the city of Plymouth, his networking family & for fundraising for charities.

He's created a business that revolves around his personality, his network & fantastic ability to enthuse & energise people.

With a wealth of knowledge and an inability to say no, he lacked one thing... the ability to see this event in his future.

Mike recently underwent an almost routine emergency operation which unfortunately didn’t go to plan & resulted in major complications , At one point putting Mr T into an induced coma for 4 days with a further 3 operations was the only way to deal with the massive post op infection Mike suffered.

There was a moment when it was unclear as to whether he would recover at all.

It would be a wild underestimate to say this has been a difficult time for the family and Mr T.

Mike’s health & the lasting implications on his life remain unclear. What is clear is that Mike has put so much effort into his business, his networking family, his tireless promotion of Plymouth & his fundraising that he didn't prepare for a rainy day of this magnitude.

He now not only faces a long road to recovery, he also faces the very real prospect of losing everything he has worked so hard for.

As a proud man he may not thank me for asking you for help & yet, I think he'll understand why. ️

I would hope, that as a group of individuals who have, in the past (& again in the future) been motivated & inspired by Mike, who have taken a moment of his time here & there, connected with others because of him or profited from his support, we can help.

By offering Mike, Helen & his daughters emotional & financial support this fundraiser will help take some of the pressure off him & in turn aid his recovery by removing the stress the 'lynch pin' has found himself under.

Fully supported by Mike, Helen & the girls.
Thank you so much for your support

The Turner family have had their fair share of difficulties and yet continue as normal. Several members of the family, including Mr T were involved in a life threatening car accident 10 years ago, they're definitely stretching Mr T's nine lives!