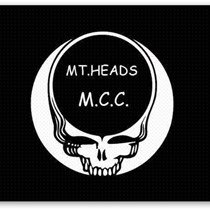 Weʼve raised £1,585 to Help fund a wheelchair for Chris Lee

Chris Lee was an average guy, with an average job, 2 sons a grandson a partner and a very active and much loved member of MT HEADS MCC motorcycle club.
He was always there for his family and fellow bikers. He helped the club to raise thousands for various charities and supported other clubs with their charity events. UNTIL, on the 5th October 2016, his world was turned upside down.
Chris has suffered a massive bleed on his brain.
He is still in hospital, still needing round-the-clock care and still unsure what the future holds.
He has shocked everyone by fighting back when it was unclear if he would even pull through.
Part of his treatment on the neurological rehabilitation ward is getting him sat up in a special wheelchair. Unfortunately, like most wards, his ward doesn't have enough to go around.
We want to buy him his own so that he can be "up and about" and out of bed more. Hopefully allowing us to take him out of the ward now and then in due course. It's something he will also, probably need when he eventually leaves hospital. We want to help, not only Chris but also his family, by buying this chair for him.