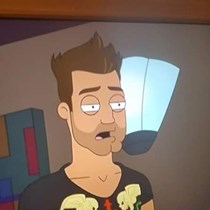 Weʼve raised £250 to Help fund the production of a Charity Music Album ..'Music Minds' by celebrity Artists. This is a 3 album set and is nearly completed.

Increasingly, pressurised GP’s are prescribing anti-depressants as a quick-fix on an overloaded NHS. New figures show there were 64.7 million prescriptions released for ¬antidepressants – an all-time high – in 2016. This is a 108.5% increase on the 31 million antidepressants dispensed 10 years earlier.

Facts like these makes us realise that these problems are widespread and more common than we might have thought.

Chances are that we will have a friend or family member experience some form of mental health problem in their lives.

What can we do about it?

In the past we have raised thousands of pounds for various charities related to Mental Health. We have done this by organising one off Live Music events, featuring stars such as Mari Wilson.

These have been a great success, so much so that we have decided to produce an Album of Specially chosen Music, by a group of musicians you will know well...

We have the musicians, and also the music Industry professionals needed to produce this very special Album.

What we need now is YOU...to help us reach the funds needed to produce the Album and to Market it.

We need to raise an extra £10,000 to help make this happen. The Stars and other professionals involved have given so much already, and free of charge, but money is needed to get this Album on the shelves.

All profits from the Album sales will be donated to a range of charities including Mind and Samaritans as both offer a broad range of support services, Nordoff Robbins provides music therapy to sufferers, and Music Support which supports music industry professionals with mental health problems.

Ian’s bio: After an initial diagnosis of depression in July 2011, his health deteriorated leading to 10 weeks on a mental health ward and a course of ECT therapy. Daily medication controls his Bipolar condition. He now devotes his full time to helping fellow sufferers.