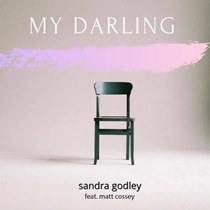 Weʼve raised £1,000 to support three charities and help raise awareness to those impacted by Covid or other related losses in the wake of the pandemic.

AN AWARD-WINNING singer songwriter has released a single to raise post-pandemic funds and awareness for three charities.

Sandra joined forces with Tracey McAtamney, founder of Surviving Bereavement, for the project which focuses on post-pandemic mental health.

She said: “This track is based on conversations that I’d had with people like Tracey and others who survived having lost people and having had a year out to think about that.

“I wrote the lyrics for this hoping it would offer some kind of comfort and a way of journeying these next few months and years.

My Darling marks a departure from Sandra’s usual soul and gospel style, instead following more contemporary musical influences to appeal to a wider audience impacted by Covid or otherwise-related loss.

Tracey, from Balsall Common, set up Surviving Bereavement 16 years after she became widowed with two sons when she was 38.

She said: “During lockdown I delivered or posted 136 free Memory Boxes or Bags to children and young adults. I realised with us coming out of the pandemic we needed a way to reach more people.

“Music is that way – Sandra’s song is one of hope for all of those people grieving due to the loss of loved ones, many of which were unable to say goodbye.

“I am so grateful to Sandra for putting the words on paper and then adding her voice – it is beautiful. The track could have been written for me when my husband died and I was unable to say goodbye 16 years ago.”

“I am hoping that the song will provide hope for many and that by downloading it, will ensure that more children and young adults will continue to receive free Memory Boxes.”

The single, which has been produced by Matt Cossey of The Nexus Institute of Creative Arts in Coventry, is being funded by an anonymous sponsor and supported by Alsters Kelley solicitors and Coventry’s The Telegraph Hotel.

Some of the proceeds will also benefit Warwick-based charity Molly Olly’s Wishes and Coventry and Warwickshire Mind. My Darling is available to download for 79p